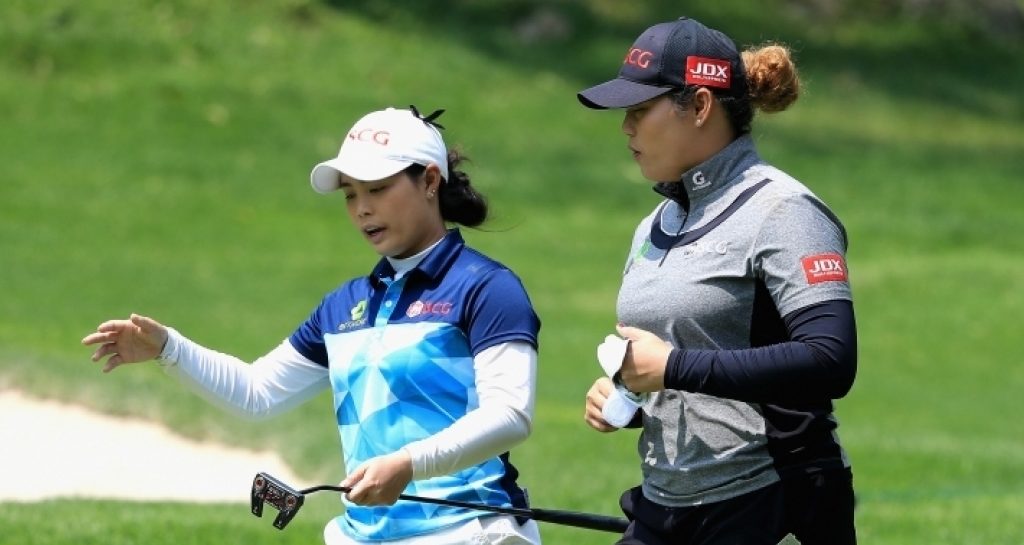 The LPGA Tour heads to Wisconsin this week for the debut of a new tournament – the Thornberry Creek LPGA Classic.

Several of the tour’s top players will be there, including world number two Ariya Jutanugarn, Brooke Henderson and In Gee Chun.

Jutanugarn is the top-ranked player at Green Bay and will be looking to get back into the groove after missing the cut at the KPMG Women’s PGA Championship last weekend.

It was the first cut she has missed since the opening event of 2016, a run that has seen her win six titles and earn 19 top-10 finishes.

Having recently been deposed as world number one after just three weeks, Jutanugarn said the competition is good for the game.

“I think this year is really, really competitive. Even when I played great golf, I still finished second or third. But it’s fun. It’s more fun because a lot of girls start to play so good and they become amazing golfers,” she said.

One of those girls is her older sister, Moriya, who is also in with a chance after showing good form herself, with four top-10 finishes in her last five outings.

“I’m really, really happy for her because she’s a really good player, and she keeps playing so good,” added the younger Jutanugarn.

“She works so hard, and she deserves to play good.”

Canadian Henderson is also on a hot streak, having won the Meijer Classic last month before finishing runner-up at the KPMG to champion Danielle Kang.

With eight consecutive rounds in the 60s heading into the weekend, Henderson stands a good chance of being in the mix on Sunday as she hunts down her fifth LPGA title.

Chun, meanwhile will be looking for a first win of the year after finishing as bridesmaid four time this season. The South Korean will move closer to the number spot with a strong performance.