Pernilla Lindberg out in front at ANA Inspiration 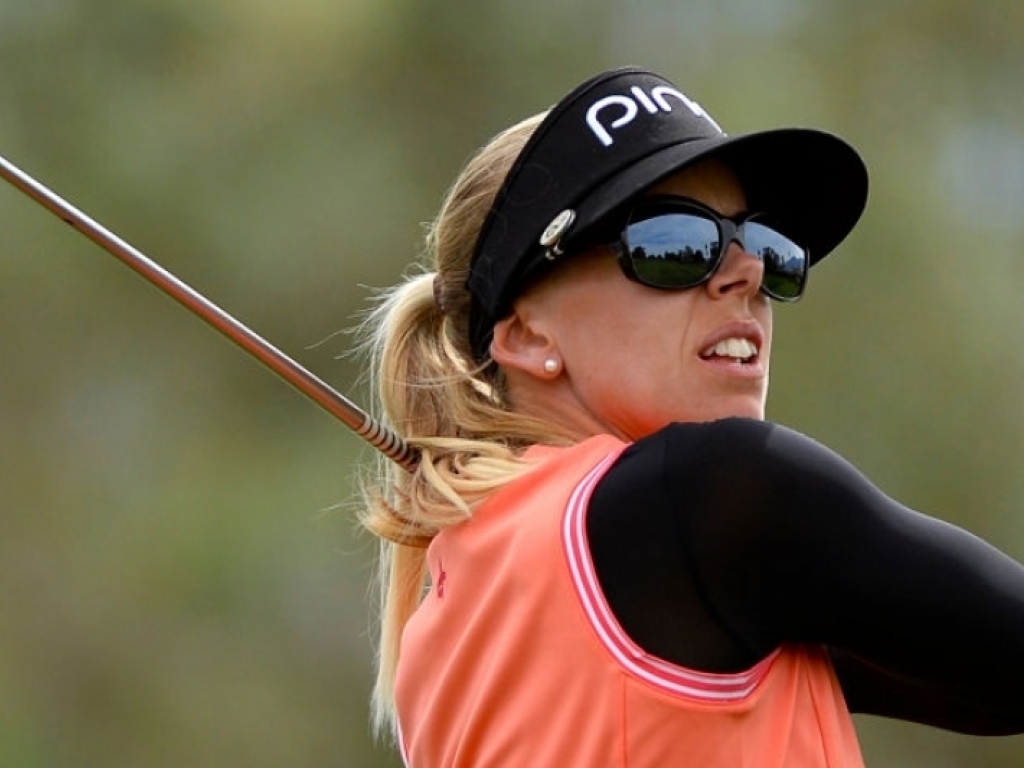 Pernilla Lindberg will hold a three-stroke lead going into the final round of the ANA Inspiration on Sunday following her playing partner Sung Hyun Park’s late collapse.

Lindberg was steady rather than spectacular, hitting four birdies and two bogeys in her round of 70 at Mission Hills.

The 31-year-old Swede, who is looking for her first professional victory, finished two shots ahead of Amy Olson (68).

Lindberg was two strokes behind Park as they walked to the 12th tee, but Park’s game collapsed after the group was put on the clock for slow play

The US Open champion dropped five strokes over the next five holes, including a double bogey on the par-4 14th after she took two shots to get out of a bunker, handing the advantage to Lindberg.

Park ended the day with a two over par 74 to finish on 10 under, level with a group of five other players including 2013 champion Inbee Park, Thailand’s Moriya Jutanugarn and English duo Charley Hull and Jodi Ewart Shadoff.

A win for Lindberg would mark a first professional win for the world number 95 in her 250th career start.