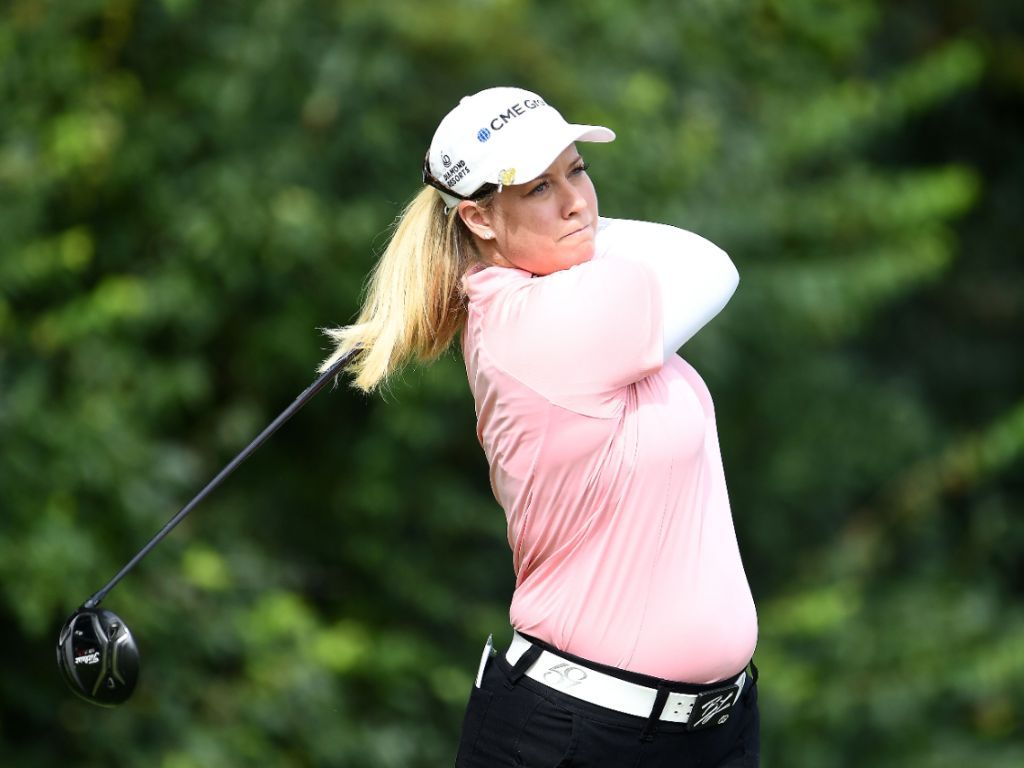 Brittany Lincicome faces an uphill battle to become only the second woman to make a PGA Tour cut after an opening round 78 at the Barbasol Championship.

Eight-time LPGA winner Lincicome became only the sixth woman to play on the PGA Tour on Thursday, yet she struggled at Kentucky’s Keen Trace Golf Club after finishing the day 16 shots adrift of first round leader Troy Merritt.

Starting on the back nine, Lincicome suffered a blow with a double bogey on the 18th and it got worse as a triple bogey on the par three seventh saw her finish the day at six over.

Obviously not the day I was hoping for. But I have to say I had an absolute blast today ❤️. It’s sooooo much fun playing with the guys. Got nothing to lose now. Going for broke tomorrow hahaha. Tee times got moved up 1 hour and 20 min for tomorrow @barbasolchampky . So I will be at 1:39 now 😍😍😍. Fingers crossed the rain goes around us. #rainraingoaway #greatevent #lovethisgame #golf #growingthegame #nevergiveup #staypositive #focus

“I was pretty happy with my game overall,” said Lincicome.

“I just had two bad holes. But I drove it well. I did all the things I said I needed to do, but just my putter let me down today.

“I was a lot calmer than I thought I was going to be, which was a relief. After the first tee shot I was like, ‘okay, let’s go. We can do this’.”

While Lincicome may have struggled on the greens, Merritt had no such problems after a 10 under par 62 saw him create a three-shot lead at the top of the leaderboard.

Merritt finished the day with eight birdies along with an eagle at the par five sixth, where he chipped in from the edge of the green.

“I felt pretty good on Tuesday, and then felt pretty good in the nine-hole pro-am yesterday. Today just continued hitting the same shots and made the putts and didn’t make any silly mistakes. Posted a 62,” he said.

Argentina’s Andres Romero and American pair Billy Horschel and Joel Dahmen lead the chase for Merritt at seven under.