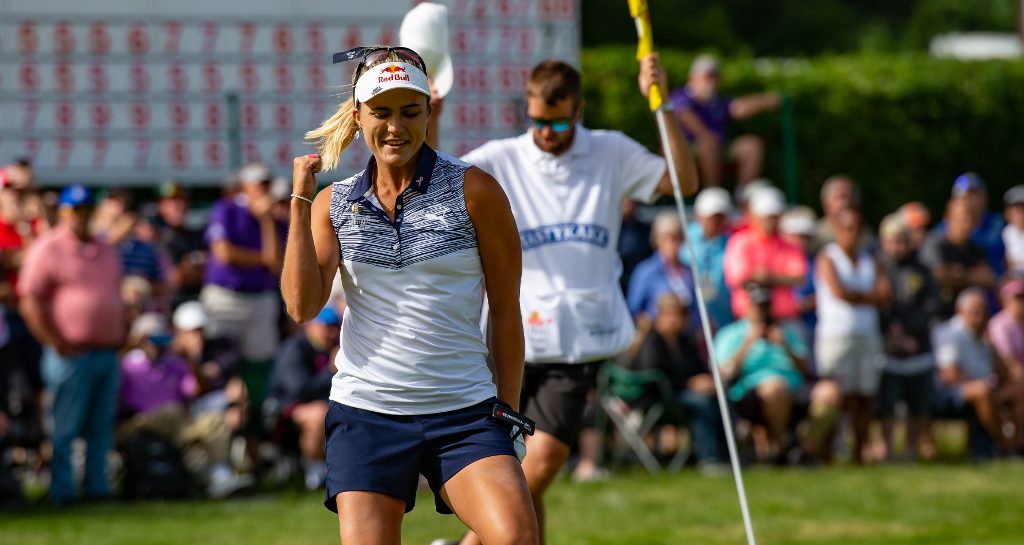 Lee6 seemed on course to follow up her maiden LPGA and major title from the week before with a second straight victory, but Thompson had other ideas, as her closing eagle saw her sign for a four-under-par 67, a 12-under-par total, and a one-shot victory at Seaview Golf Club in Galloway, New Jersey.

Lee6’s closing 70 left her one shot back in second, with Ally McDonald (70) a further two strokes adrift in third.

“It was all a matter of just trusting my shots, trusting the lines,” said Thompson, who also had five birdies and three bogeys in her round.

“The bogeys on the back nine, they weren’t bad shots or bad bogeys, so you just have to let them go.”

Thompson’s victory means she has now triumphed in each of the last seven seasons on the LPGA Tour, the longest streak of any current player.

“I knew coming into the day that it was going to play very difficult, just because this golf course can get so windy and there are a lot of crosswinds,” she added.

Sweden’s Anna Nordqvist fired a 69 to finish in fourth place on seven under, while a trio of players finished tied for fifth a further shot back, including Thailand’s Ariya Jutanugarn (68), China’s Liu Yu (72) and Mariah Stackhouse (74).