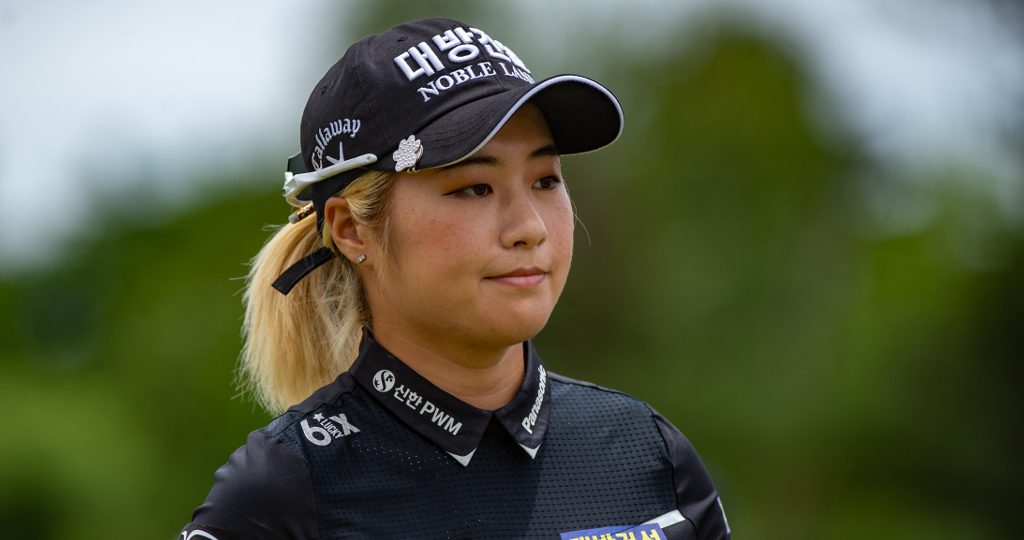 Jeong Eun Lee6 tamed the windy conditions to take a one stroke lead into the final round of ShopRite LPGA Classic.

The South Korean, fresh from her maiden LPGA and major title at last week’s US Women’s Open, was a master in the sea breeze on the Bay Course at Stockton Seaview and Golf Club in Atlantic City, carding a two-under 69. She will take a one-stroke lead into the final round over Mariah Stackhouse.

Lee6 managed to snatch the lead in the dying embers of her round, rolling in a birdie on the 17th and after brilliant second on the 18th, she drained a four foot eagle putt.

“My shots were pretty good,” Lee6 told ESPN via interpreter.

Further down the leaderboard, Lexi Thompson endured a tumultuous round that saw her four-putt the first for a double bogey and scribble down another bogey on the second. But the American came back nicely with an eagle on the third and two more birdies coming home.

.@Lexi Thompson battled back after a double bogey yesterday, and will start her second round two strokes off of Jeongeun Lee6's lead?

Can she move up the leaderboard and claim her 11th @LPGA Tour victory?

Her round of 70 was enough to put in in three-way tie for third with Ally McDonald and Nanna Koerstz Madsen.