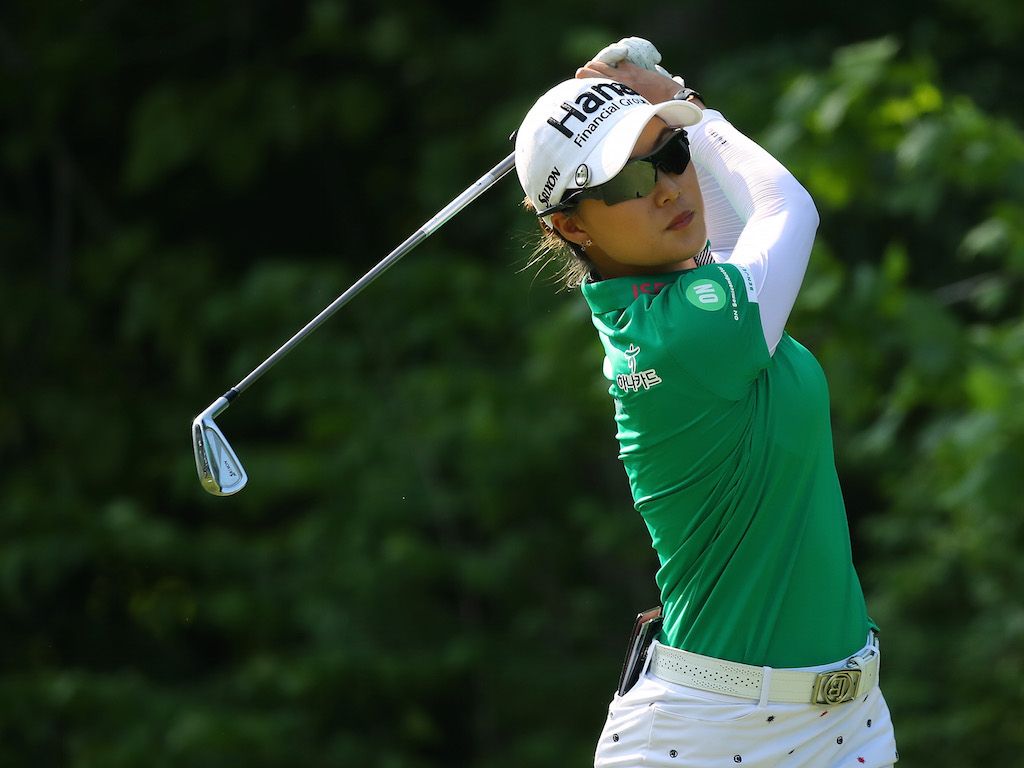 Minjee Lee, Volvik Championship as she got to 12-under-par which was good enough for a two-shot lead after three rounds of action.

Lee made four birdies and no bogeys to card a third round of 68 at Travis Pointe Country Club.

“I had a pretty solid day today, made no bogeys,” she said.

“Four birdies on the card, which is pretty solid for today.

.@minjeegolf with the refreshing round of the day with her two-shot lead at @VolvikLPGA!

“I think just keeping it in play was pretty important today.”

She’s looking for her first LPGA Tour win since 2016 (when she won twice), and her fourth LPGA Tour victory overall.

Out to prevent her from doing that will be a chasing pack of four players consisting of Stacy Lewis, Lindy Duncan, Jodi Ewart Shadoff and In-Kyung Kim.

They are all tied for second, two shots back at 10-under-par.