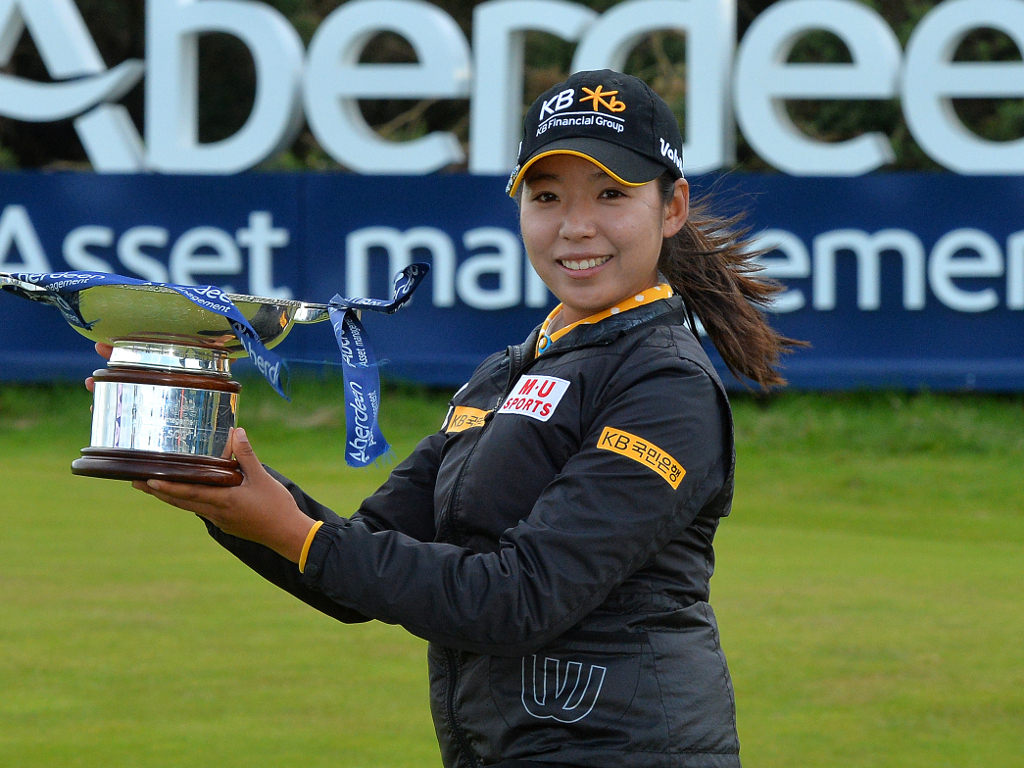 Mi Hyang Lee of South Korea lifted the Aberdeen Asset Management Ladies Scottish Open on Sunday at Dundonald Links Golf Course after being nine-shots off the pace on Friday.

Lee carded a closing 66 to get to six-under-par for the week and win the event by one shot. Karrie Webb finished second at five-under-par.

Lee was quite sublime on Sunday as she started where she left off on Saturday – hitting the ball crisply and holing almost everything she looked at on the greens.

Speaking after her victory, the 24-year-old prodigy explained that the confidence she gained with the flat-stick on Saturday was a crucial part of why she won.

“I think the first and second round was, I hit it really good, but just I missed a lot of putts,” Lee started.

“So I tried to practice my putting with the wind.

“I made a lot of putts yesterday, so I took a lot of confidence from yesterday.”

Kerr dropped two shots in the final three holes after making an eagle at 14. Commenting on missing out on victory, she admitted that she was extremely disappointed.

“I was on a high, making the eagle, and then I had a very nice up-and-down on the next.

“Obviously there were nerves there, but there was a good calmness there.”