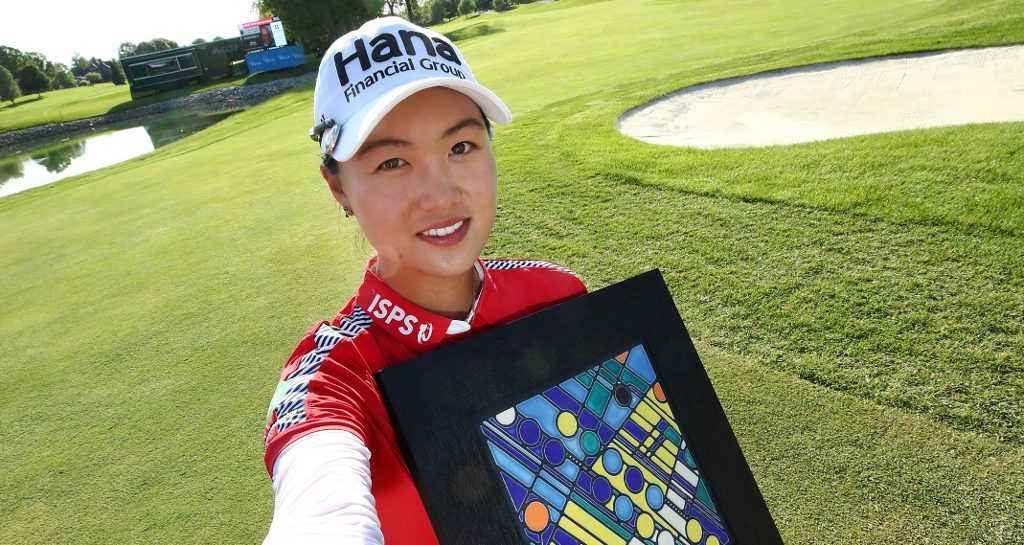 Minjee Lee notched her fourth LPGA Tour title, claiming the LPGA Volvik Championship by one shot after a four-under-par 68 on Sunday.

As she attempted to close out the tournament, the Australian made a costly bogey on the par-four 17th.

However, showing her immense temperament, she bounced back with another birdie on the 72nd hole of the tournament to nail down the victory with a score of 16 under par.

Catch up on all the action from the final round of @VolvikLPGA! pic.twitter.com/ZcL6ezQa77

After lifting two trophies in 2016, Lee hadn’t won since. With the US Open next week, this success comes at the perfect time.

“Overall I had a really solid day,” she said afterwards.

Ball striking and putts were 👌 for @minjeegolf

“I think I was striking it well and putting it pretty well.

“I’ll go there [The US Open] and check out the golf course and hopefully have a good week, too.”

I.K. Kim finished in second at 15-under-par while Moriya Jutanugarn was third a further shot behind.