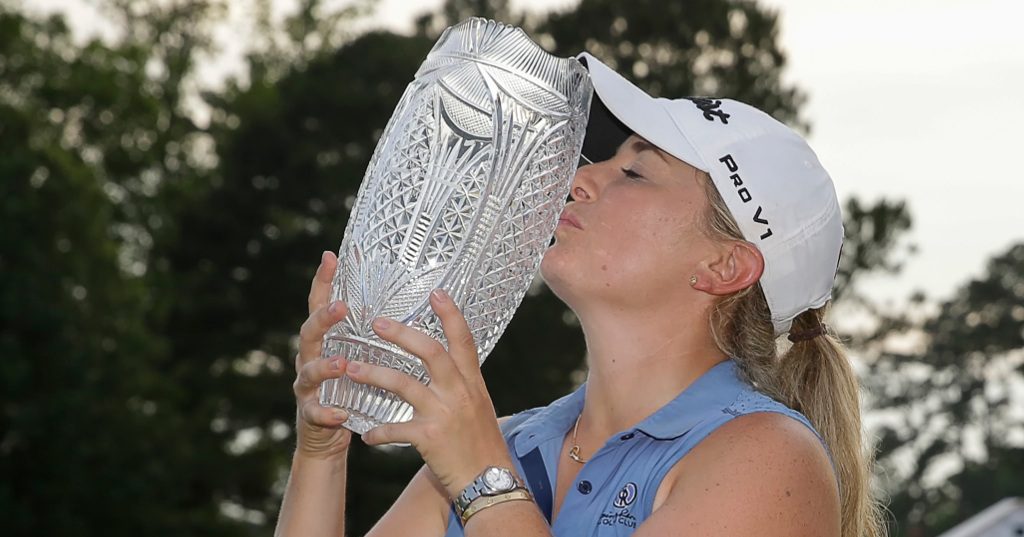 The English player carded a second consecutive four under 67 around the River Course at Kingsmill Resort, enough for a two stroke win over the chasing pack which included Madelene Sagstrom, Brooke Henderson and Nasa Hataoka.

Law started well, moving clear of the field after four birdies in her opening eight holes. A bogey on the ninth followed by a string of pars brought others such like a charging Sagstrom into the mix. The Swede nearly snatched the lead from Law when her second shot on the 18th hit the pin and rolled back 20 feet, eventually leading to her carding a par instead of an eagle.

However, Bronte seemed to shut the door when she rolled in a 15 footer for a birdie on the 16th, putting her maiden LPGA Tour title within her grasp.

The final round saw lots of challengers take their shot at the leaderboard, but @brontemaylaw outlasted the pack to claim her first @LPGA Tour victory.

“Oh my gosh, that was the biggest fight of my life,” the 24-year-old told the press.

“I came in this week with the sole intention of getting one better. It feels really good. don’t believe in destiny. I believe in hard work and determination. I stayed so focused out there and my caddie did good job of keeping me calm.”

Sagstrom – who earned her first top ten finish of the year on Sunday – described her second into the 18th to the press.

“Then I heard it hit and I was like, ‘Please don’t bounce off.’ I was like, I mean, I couldn’t hit it more perfect. I was excited about the shot anyway.”
Further down the leaderboard, Taiwan’s Wei-ling Hsu would finish alone in fifth after closing with a five under 66.