Korda three clear heading into the final round Down Under 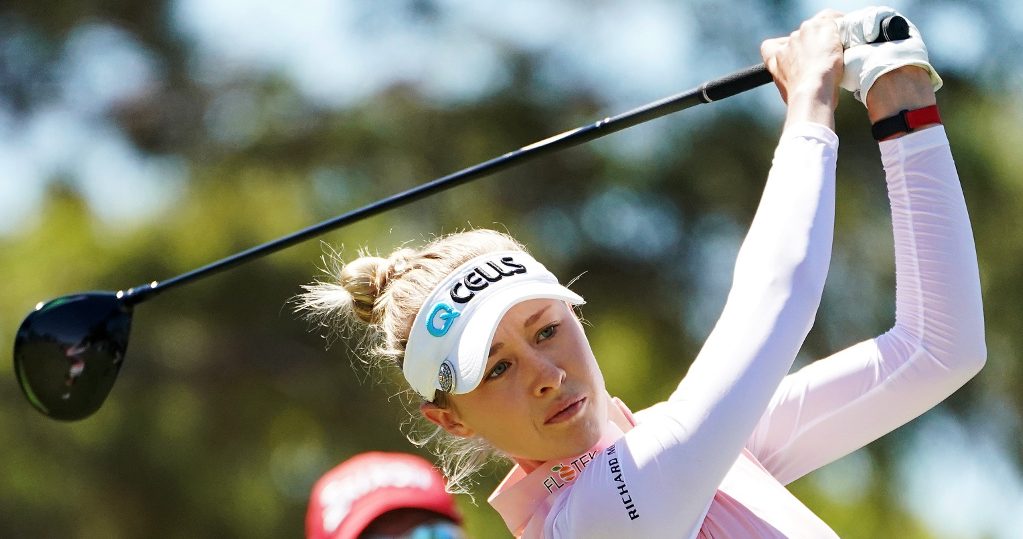 Nelly Korda is in pole position for some silverware following a solid third round at the ISPS Handa Women’s Australian Open on Saturday.

The American signed for a five under 67 around the west course at The Grange in Adelaide, enough to take her to 12 under for the event. Korda is three strokes ahead of Japanese star Haru Nomura who shot two under 70.

Korda arrived on the 13th tee one under for the round when the big stick came out for the par five. After rolling in a birdie there, the Florida native showed her superlative wedge play to leave her short birdie putts on the 14th and 15th. It was more of the same on the 18th, a wedge shot leaving her three feet for her final gain of the day.

.@NellyKorda is looking to write her own Australian Open history this week 📝

Take a look at the best bits of her 5-under 67 third round at @GrangeGolf #WomensAusOpen pic.twitter.com/lAGdRmV1Ih

In the cross-hairs for Korda is a second LPGA title, not that it’s on her mind…

“I’m not even going to think about it,” the 20-year-old said after her round.

“There’s so much golf to be played. I’ll take it shot-by-shot.”

Further down the leaderboard, South Korean duo Jeong Eun Lee6 (yes, you read that correctly) and Wei-Ling Hsu are locked on eight under with Jodi Ewart Shadoff.