Korda on the cusp in Thailand 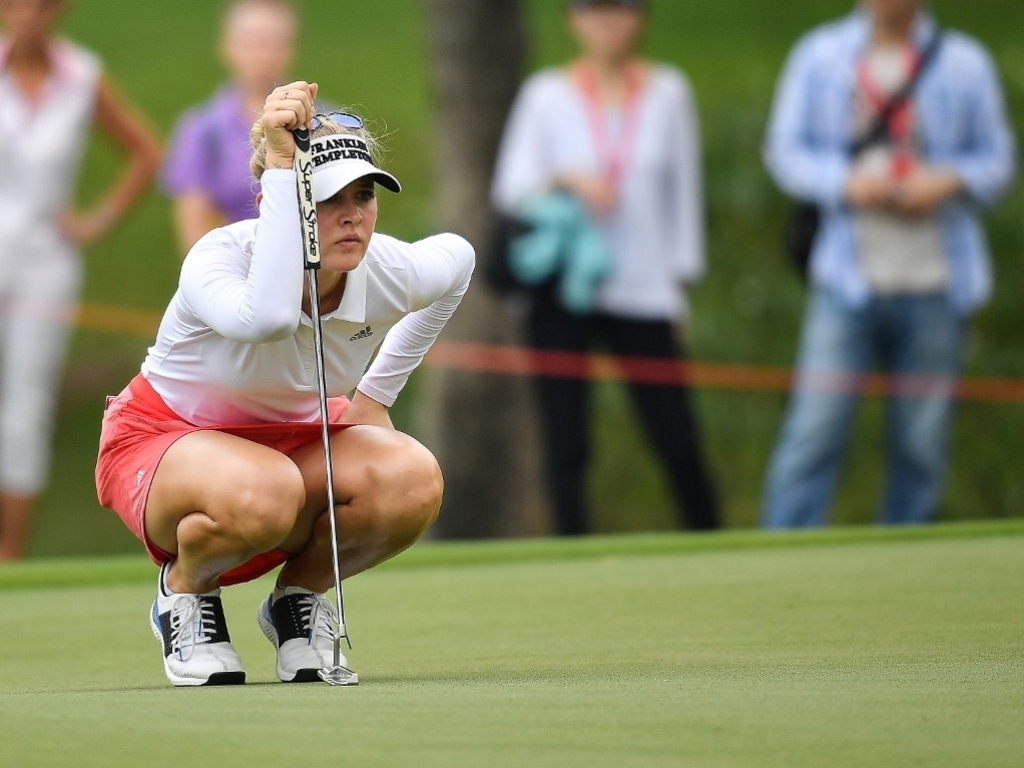 A back-nine blitz helped Jessica Korda to a four shot lead as the Honda LPGA Thailand heads into the final day on Sunday.

The American would sign for a four under 68 in Chonburi on Saturday, enough to take her to 20 under for the tournament, four strokes ahead of local hopeful Moriya Jutanugarn who is alone in second.

After Korda’s superlative ten under 62 on Friday, many expected her to pick up where she left off. However, that certainly wasn't the case, as a string of pars and a dropped shot on the fifth saw her arrive on the 11th tee one over for the round.

But things certainly perked up for Korda, draining a birdie on the 11th and knocking in a 15 footer for another gain on the 13th as she went on to birdie four of the last six holes.

.@Thejessicakorda ties the 54-hole scoring record at @hondalpgath at 20-under 💪

“I had no expectations, but my coach and I have worked together and it is still there,” the 24-year-old said after the round.

“I was bit nervous on the front nine, but I knocked the rust off. It’s crazy how quick it is coming together. I’m really enjoying it and now have one more day.”

Further down the spaced out leaderboard, Minjee Lee is in third on 15 under, Followed by Moriya’s sister Ariya Jutanugarn on 14 under while former ANA Inspiration winner Lexi Thompson is alone in fifth a shot back. Korda’s younger sister, Nelly, signed for a neat seven under 65 to move into T6 with 18 holes to play.