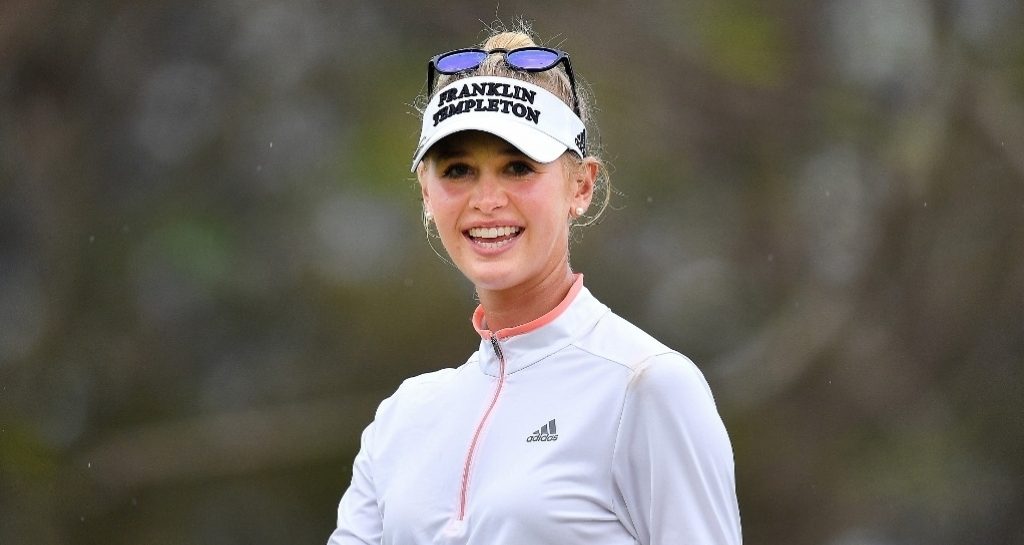 A superb eagle at the last saw Jessica Korda sign for a career-best 62 to stretch her lead to four shots after the second round of the Honda LPGA Thailand.

Already two strokes in front as she headed to the 18th, Korda produced two quality shots to give herself a great look at eagle on the par-5.

And the 24-year-old American made no mistake, draining the putt for an incredible 10-under-par 62 – the best round of her LPGA career.

The following emojis describe @Thejessicakorda’s 2nd round of 62:

Prior to the eagle, Korda had picked up three birdies prior to the turn and five more after – including four in a row from the 13th.

But even better was to come at the last, and it has put Korda in a very strong position heading into the weekend – 16 under par and four shots clear of her nearest competitor.

“I struggle on this course every year, but this year I have a whole new outlook with everything I’m doing,” said Korda. “It’s awesome. I was just trying to give myself a chance. It was pretty cool, a pretty cool round."

Korda explained that recent surgery on her jaw has helped relieve the constant pain she was under.

“Basically, I had double jaw surgery. I have a couple screws in my face. I still can’t feel anything. No pain at all on the course, just numb. The headaches are gone.”

In second place are Brittany Lincicome and Lexi Thompson, who must both be wondering how they can be so far back despite doing as well as they have.

Lincicome opened with rounds of 67 and 65, while Thompson has posted successive 66s.

A shot further back in fourth is Minjee Lee, followed by Michelle Wie, Brooke Henderson and Moriya Jutanugarn two shots back in a tie for fifth.

Jutanugarn held the lead overnight but a second-round 69 was only good enough to see her finish the day seven shots back.