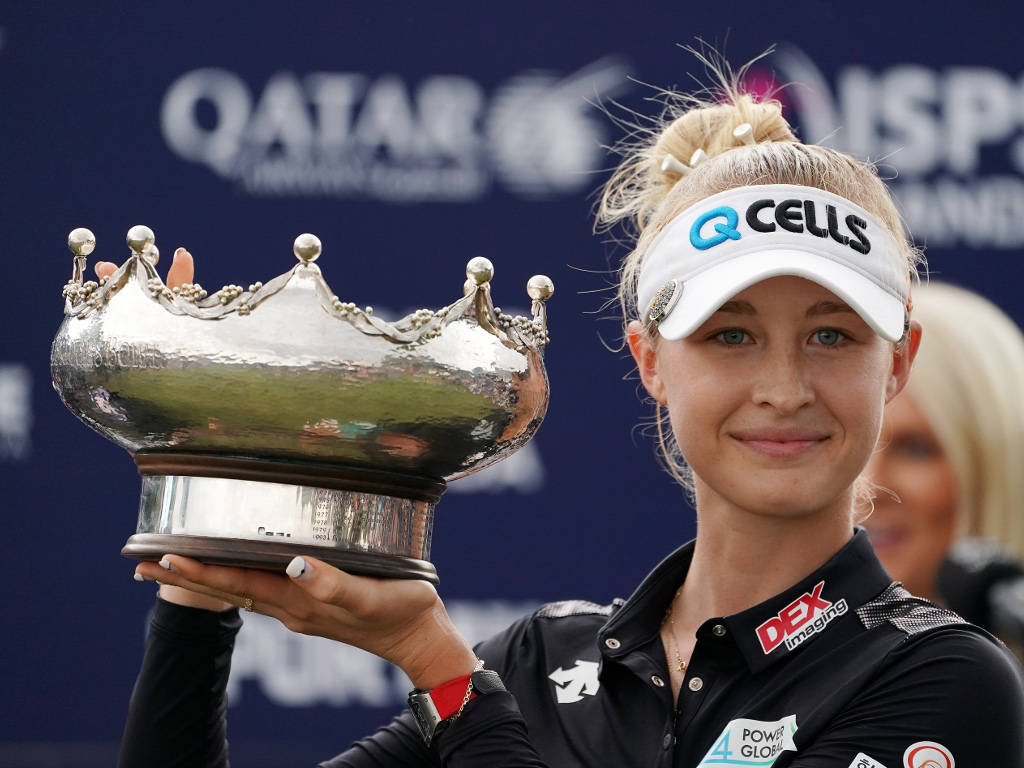 American Nelly Korda held off a charge by Jin Young Ko to claim victory in the ISPS Handa Women’s Australian Open on Sunday.

The 20-year-old Korda, who went into the final round three strokes clear, finished the tournament on 17 under par to win her second LPGA tour title.

“Welcome to the club!” as she screams with joy. @WomensAusOpen pic.twitter.com/Piv4N0vtH1

However, it was not straight forward as South Korea’s Jin Young Ko produced a superb final round of eight under, 64 to keep the pressure on Korda right until the end.

Young Ko, who was the defending champion of the event, eventually finished the tournament on 15 under par.

For Korda though the victory completed a remarkable “Family Slam” in Down Under.