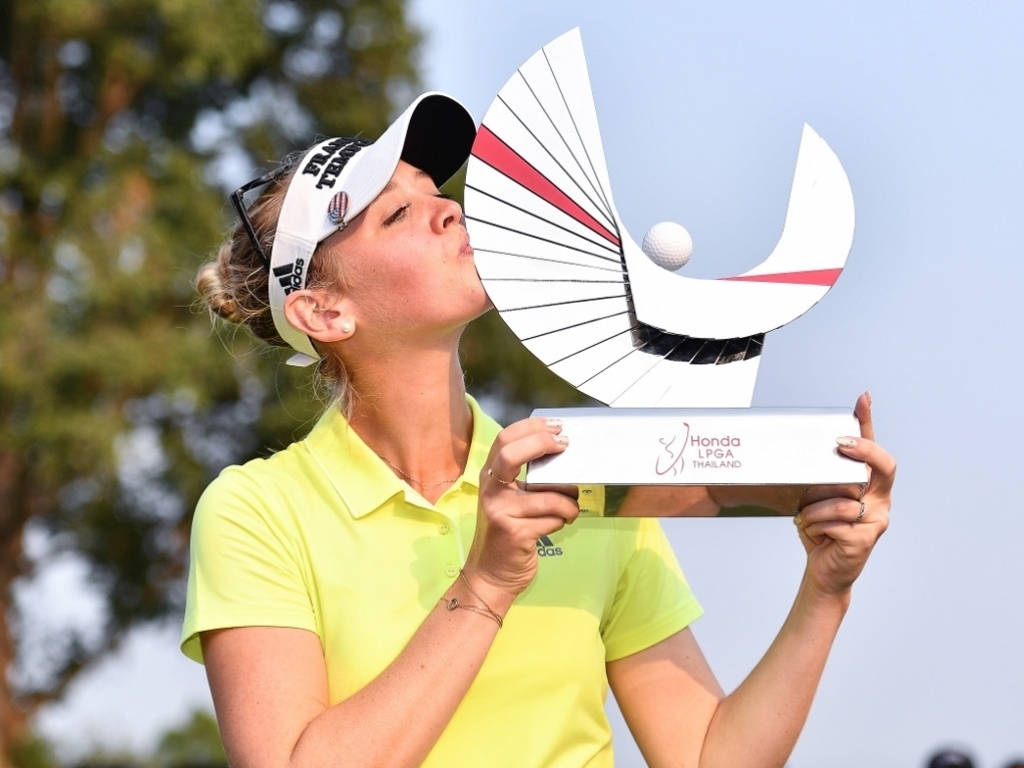 Jessica Korda led from start to finish as she completed a hugely impressive five-stroke win at the Honda LPGA Thailand on Sunday.

The 24-year-old American shared the lead after the opening round before opening up a big advantage over the field following a stunning second-round 62.

Korda added a 68 on Saturday to stay ahead of the chasing pack and then completed a serene five-shot victory thanks to a five-under-par 67 in the final round.

Her finishing total? A whopping 25 under par.

It's the fifth LPGA title of Korda's career – but first since the Sime Darby LPGA Malaysia back in 2015.

"I can't believe it, today was such a blur, I was just trying to make birdies. I tried to relax, but I was nervous," said Korda. "This (Honda LPGA Thailand) was my first event my rookie year. I played really, really well this week."

Lexi Thompson did her level best to force a different outcome on the day, carding a superb final-round 64, but it still wasn't nearly enough to stop Korda. She finished four shots back in a tie for second with local favourite Moriya Jutanugarn, who shot a 67.

Thompson could still receive a welcome boost on Monday and become the new World No 1 when the rankings are released.

In fourth place a further three shots back was Australian Minjee Lee, who closed with a 69.

Former World No 1 Lydia Ko finished a whopping 19 shots off the pace after a 68 on Sunday.