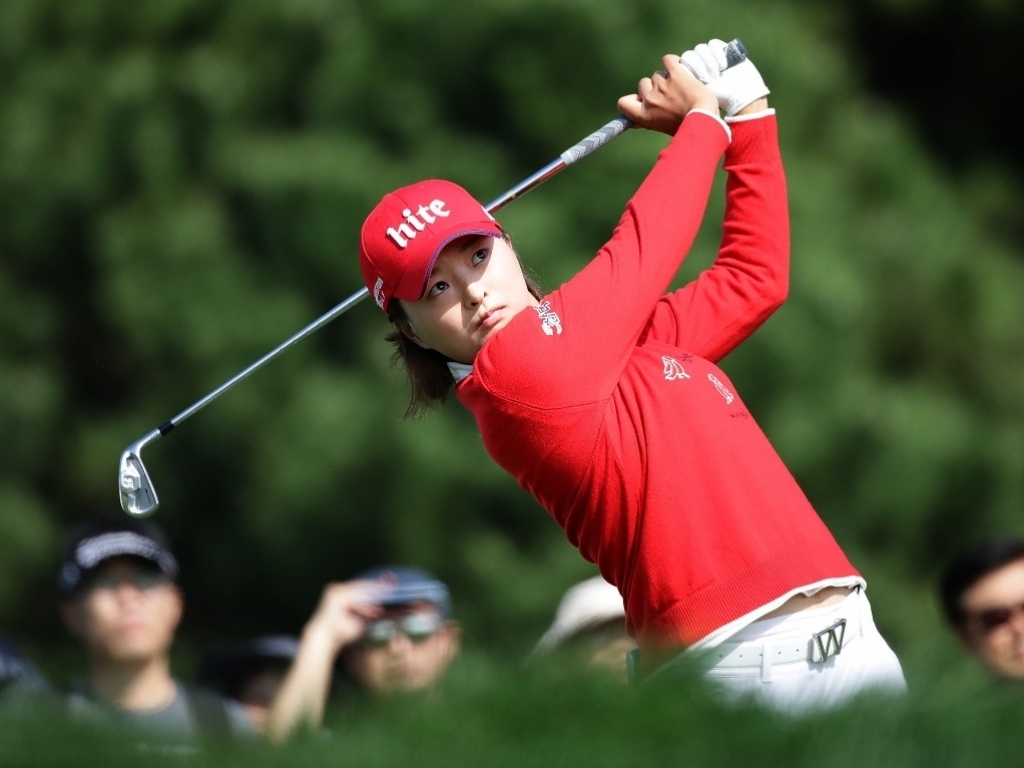 Jin-Young Ko will have a two stroke buffer as she enters the final round of the LPGA KEB Hana Bank Championship on Sunday.

The South Korean moved to 15 under par after signing for a sizzling six under 66 around the sun baked SKY72 Golf and Resort course on Saturday. The round was enough to move her two clear of fellow South Koreans In Gee Chun and Sung Hyun Park, who are tied for second on 13 under.

Ko was superb, with her bogey-free round featuring six birdies, including two in the final three holes.

"My iron shots today were really strong so I was able to make a lot of birdie chances for myself," said the 22-year-old, who is a nine-time winner on the local KLPGA Tour.

"Although I'm in the lead, and I'm leading by two strokes, there are a lot great players out there in the field. Tomorrow I would have to really focus and concentrate. At the same time, I haven't seen some of those players for a while so it will be a lot of fun to play with them."

Further down the leaderboard, American duo Lizette Salas and Angel Yin are in fourth place and T5 respectively. World number three lexi Thompson struggled with two under 70, leaving her seven strokes off the front.