Ko four ahead in Australia as history beckons 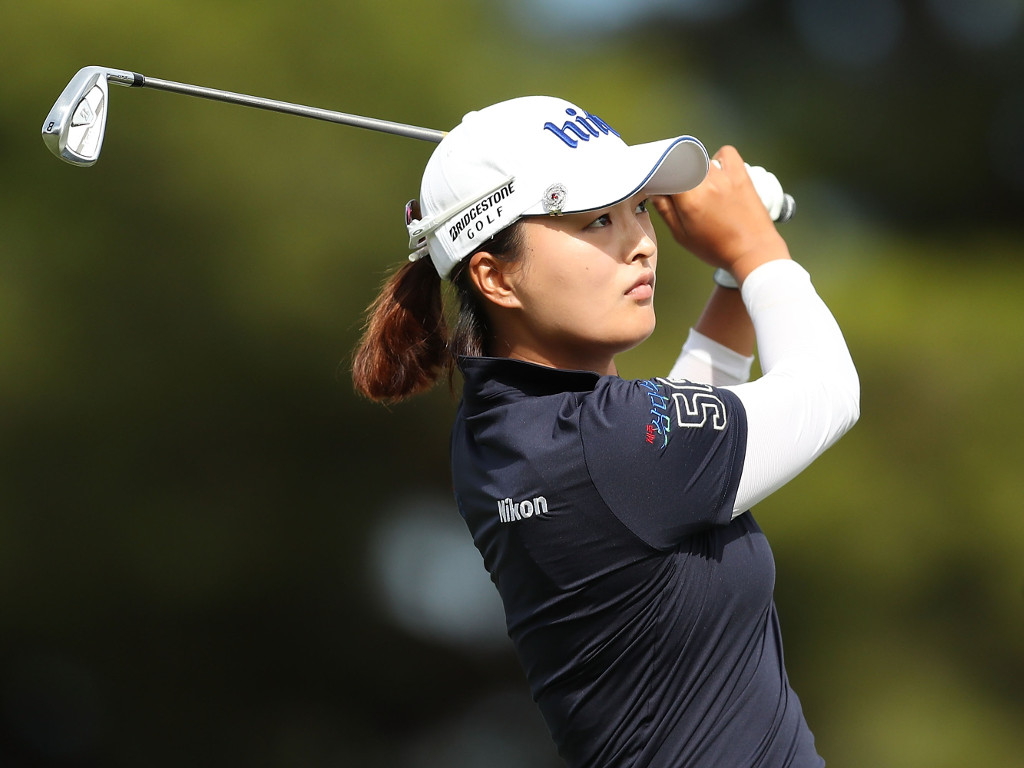 LPGA debutante Jin Young Ko will take a four stroke lead into the final round of the ISPS Handa Women’s Australian Open on Sunday.

The South Korean star is on the cusp of making history after shooting one under 71 around at Kooyonga Golf Club on Saturday, taking her to 11 under for the tournament, leaving her a cushion over rookie Hannah Green.

Buoyed by her opening rounds of 65 and 69, Ko was off to a fast start with three birdies in the opening five holes. But they would all be canceled out by bogeys, before a final gain on the par four 17th.

Should Ko claim the silverware tomorrow, she will become the first LPGA player to win on debut since 1951. As such, Ko is just focusing on hitting the greens.

This cute little service dog was following Jin Young Ko today so she stopped to take a pic after her round!

She holds a 4 shot lead heading into the final round at the #WomensAusOpen! pic.twitter.com/orXWAsTIbR

“This course is narrow, and then there’s the green, so I’m thinking about only the greens and then try to two putt,” the 22-year-old told lpgatour.com.

Meanwhile, Green carded the round of the day with a superb six under 66, shooting up the leaderboard to solo second. The Australian’s card had but one blemish, a drop on the 17th.

Green is followed by South Korean duo Hyejin Choi and Sun Young Yoo on six under, while former world number one Lydia Ko is sitting on three under after a 71 on Saturday.