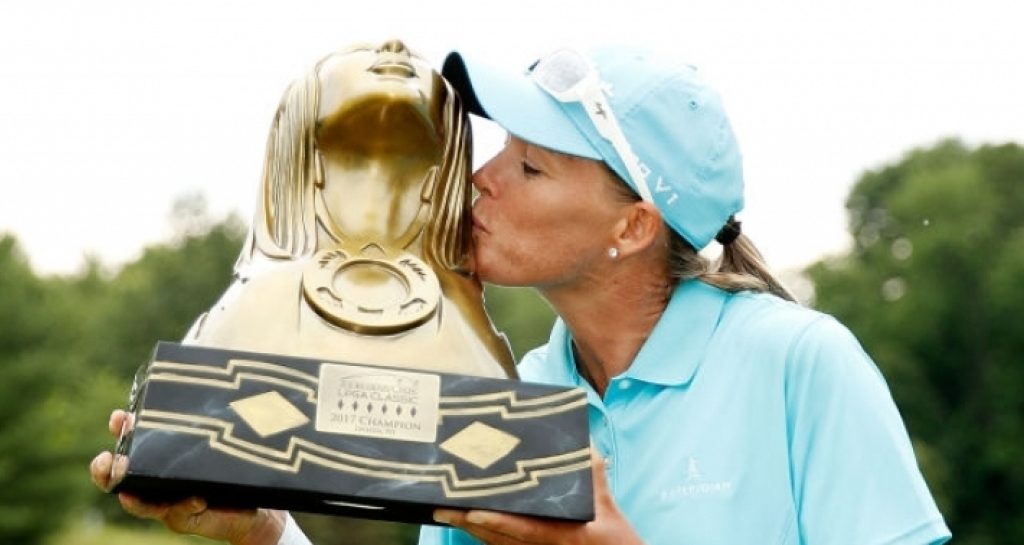 Starting the day with a four-shot advantage over Buhai, Kirk took the victory with a 10-foot birdie putt on the 18th to shoot a two-under par round of 70, finishing at 22-under in the first year of the Thornberry Creek event in Wisconsin.

It was the 35-year-old Aussie’s third LPGA title, but her first in more than seven years since the 2010 Navistar LPGA Classic.

“So much hard work and patience,” Kirk said after the win.

“I had a rough couple years like 2015 and 2016, and just an amazing team behind me. My husband has been 100 percent supportive the whole time. I can’t put it into words. It’s just a great feeling.”

Buhai put together a fine final round, birdieing four of the front nine to put the pressure on Kirk, but could manage just one more birdie on the back nine, which allowed Kirk to claim victory on the final green after she endured an up and down 18 holes that included six birdies and four bogeys.

“We both played great this week,” Buhai said. “Today, five under, no bogeys. I had three lip-outs on the back nine, but I hit the putts and the shots that I had to just keep hitting.”

South Korea’s Sei Young Kim finished in third position at 20 under after firing a superb seven birdie, one eagle round of 63.

“I have good momentum,” Kim said. “I’m very looking forward to next week.”

The best round of the day, however, went to Thailand’s Pornanong Phatlum, who shot a career-best 62 to finish a shot further back in fourth.