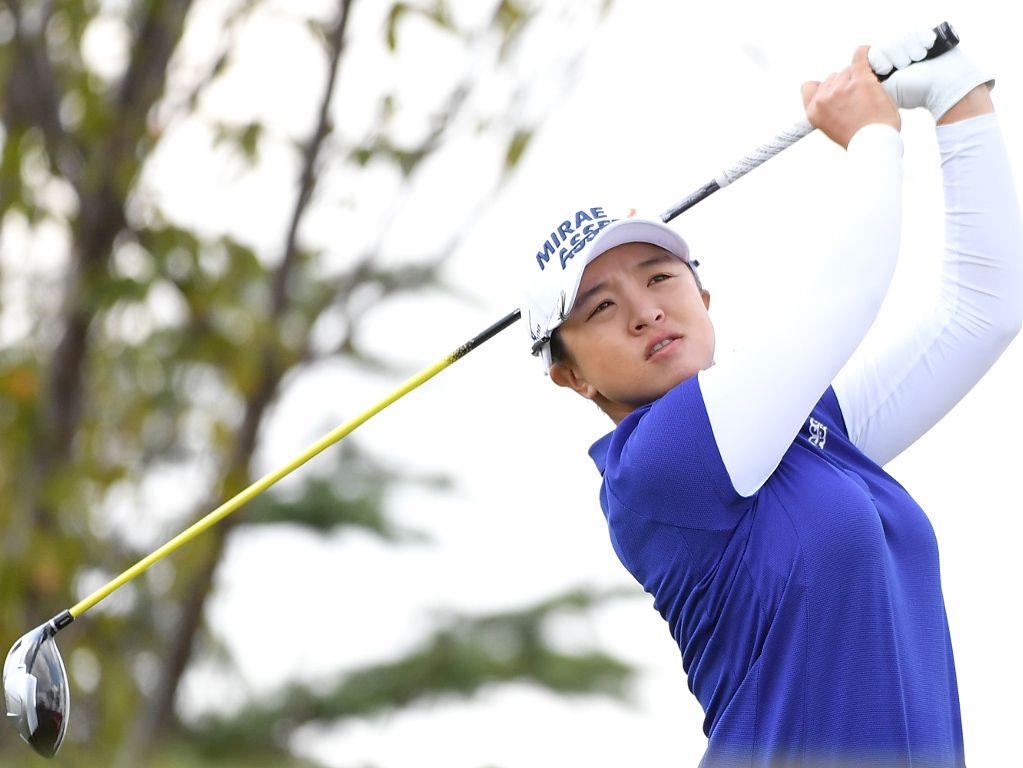 Sei-Young Kim has one stroke lead over the chasing pack as the inaugural Buick LPGA Shanghai tournament heads into the weekend.

The South Korean star carded a five under 67 around the Shanghai course on Friday, enough to take her to ten under for the tournament, one ahead of overnight leader Ariya Jutanugarn and Danielle Kang.

Kim went on a birdie run on the front nine, rolling in four consecutive gains thanks to a hot putter. She would card two more birdies coming home, with a bogey on the par four 15th being the only blemish on the card.

Meanwhile, world number two Jutanugarn started her day with bang, holing out from 151 yards to eagle the par four first. Two bogeys would set her back but the Thai star came back with three birdies on the back nine.

An 🦅 on the first hole gets the leader started off 🔥 on Day 2#buicklpgashanghai pic.twitter.com/5IkvJGJjrV

Kang had just one bogey on her card for her 68, while Brittany Lincicome, Bronte Law and Brittany Altomare are locked on seven under sitting in T4.

The round of the day belonged to American Angel Yin, who eagled the par five 17th to finish with six birdies and a bogey.