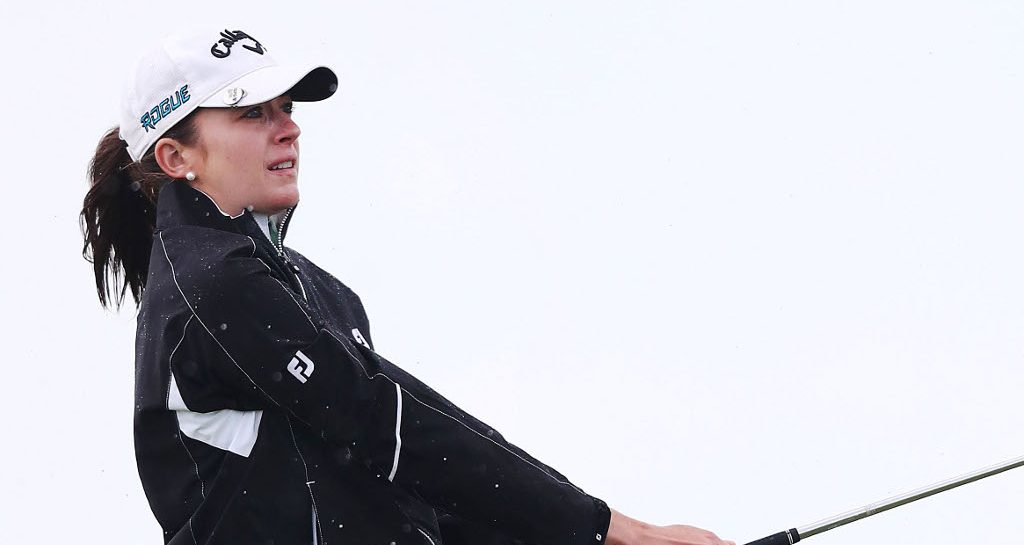 Not even a three-over-par 75 from overnight leader Kim Kaufman could prevent her from retaining a two-shot lead at the ISPS Handa Vic Open.

Kaufman started the day with a two-shot lead on 13 under after two opening rounds of 66, and ended it still two in front on 10 under despite needing nine more strokes for her third round.

Luckily for her, none of her closest rivals could take advantage of her bad day at the office, as they struggled as well due to the strong winds on the Beach course.

Kaufman managed just three birdies on the day, not nearly enough to offset four bogeys and a nasty double on her card.

But Haru Nomura, who started the day in second place, had an even worse round – a 76 – while third-placed Su Oh also shot a 74 as they both failed to take advantage of Kaufman’s struggles.

Oh still shares second place two shots back with Celine Boutier, who made quite a move up the leaderboard thanks to a superb three-under 69 in the conditions.

Nomura follows in third a further stroke behind and three strokes clear of Mirim Lee (69), Jodi Ewart Shadoff (72), Katherine Kirk (73) and first-round leader Felicity Johnson (74) in fifth place – all of whom have work to do to prevent Sunday’s final round from being a three-horse race.

.@KimKaufmanGolf remains at the top of the leaderboard after extreme conditions in Round 3 @VicOpenGolf.