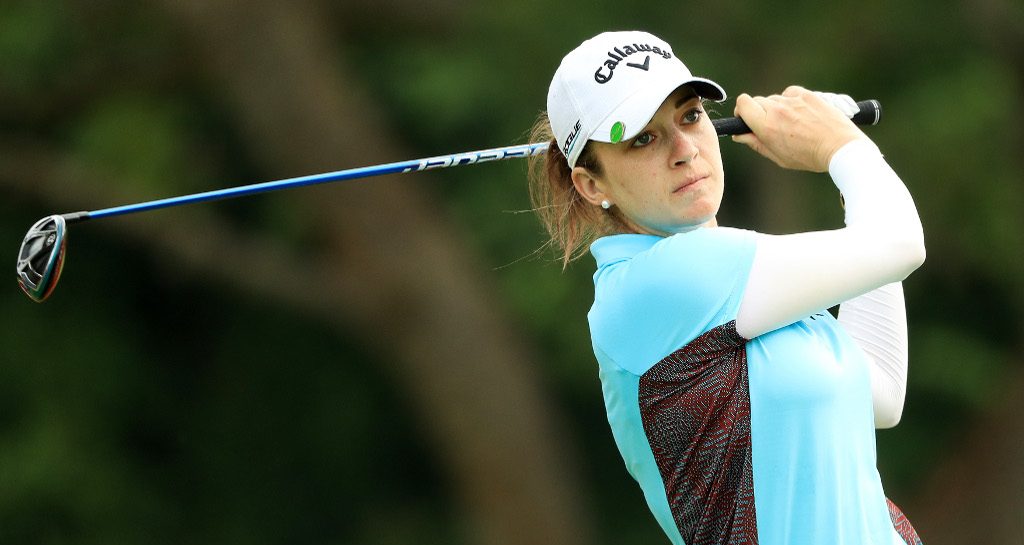 American Kim Kaufman is the new leader at the LPGA’s ISPS Handa Vic Open after firing a second consecutive 66 in Friday’s second round.

Kaufman, who was diagnosed with glandular fever in 2018 but has now returned to full fitness, had a 36-hole total of 13-under after mixing six birdies and an eagle with a solitary bogey in her seven-under-par round.

When asked which course was her favorite @VicOpenGolf, @KimKaufmangolf replied "both". She's fired a 66 on both the Creek and Beach Courses during Rounds 1 and 2 where she currently leads by 2.

“The last time I was in the final group on a Sunday was at the 2017 Tour Championship,” she said. “It’s just nice to be back. It was a long year last year, but you just have to keep working hard and believing in yourself.”

England’s Charlotte Thomas follows a further shot back after a pair of 68s, while Australian veteran Karrie Webb, Alena Sharp, Marissa Steen and Olivia Cowan share fifth place a on seven under par.

Leading the way in the men’s competition are Aussie duo Jason Scrivener and Nick Flanagan.