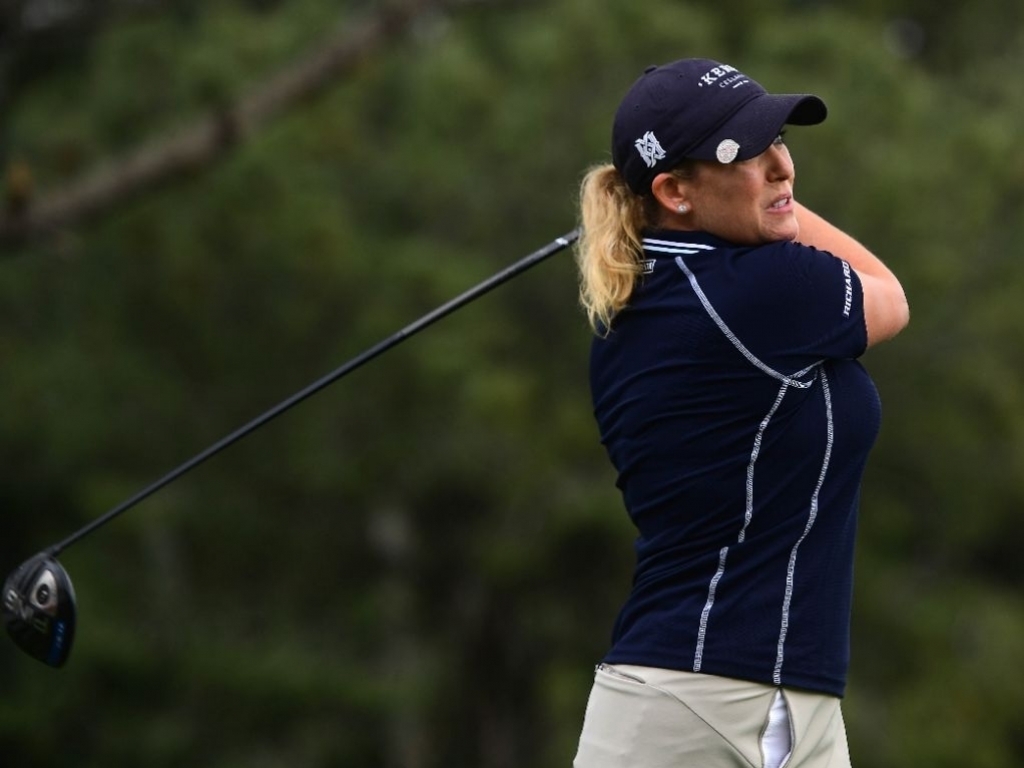 A dominant performance from Cristie Kerr saw the experienced American forge a five-shot lead at the halfway point of the Kia Classic.

The 40-year-old shot an eight-under 64 on the second day of the rain-soaked tournament, in California, to move to 13 under overall and create a huge buffer between four players in second place.

Kerr sank eight birdies in a second successive blemish-free round, including three in a row on the sixth, seventh and eighth.

"Definitely doesn't get any easier as you get older with the travel and recovery time. I got up this morning and I'm like, 'Man, why does my hamstring hurt?' From working around this hilly golf course.

“The golf ball doesn't know an age. I've always said that. As long as I stay hungry, going to just keep playing."

"I told my coach that I wanted my Solheim Cup swing back" — @LizetteSalas5 after her 2nd round 5-under 67. She sits 5 back of Cristie Kerr. pic.twitter.com/ncVHbOoBoz

Lizette Salas, In-Kyung Kim, Hee Young Park and Caroline Hedwall lie in second at eight under, with America’s Salas the pick of the bunch with a 67.

Jeong Eun Lee is just behind at seven under, while defending ANA Inspiration champion So Yeon Ryu is among eight players at six under after shooting a 70.