Danielle Kang and Charley Hull on top in South Korea 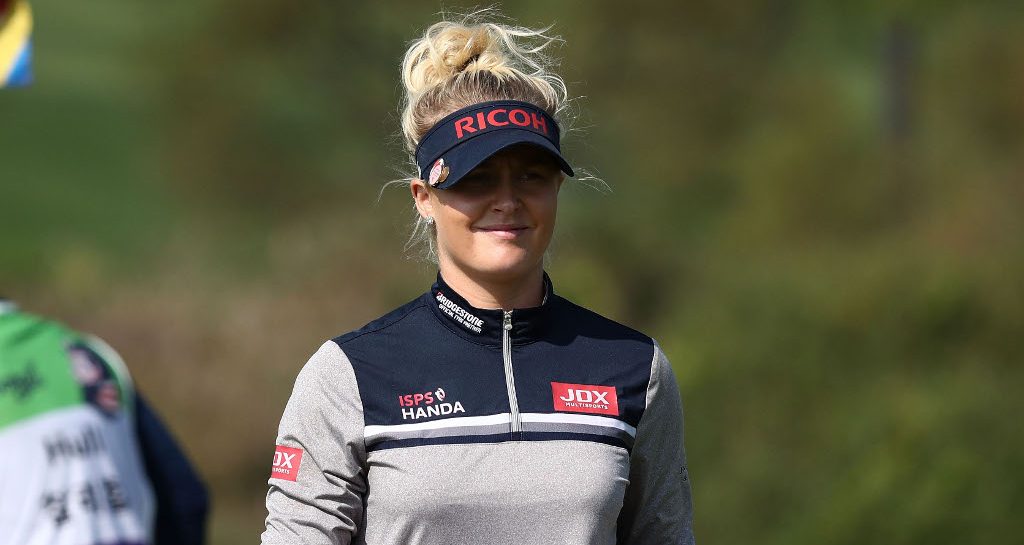 American Danielle Kang and England’s Charley Hull will take a one-shot lead into the final round of the LPGA’s KEB Hana Bank Championship in Incheon on Sunday.

The duo were among four leaders at the Sky 72 Golf Club on Friday, and managed to hold on to the lead thanks to a pair of four-under-par 68s.

Kang began her round poorly with two early bogeys on the second and sixth holes, but then nailed six birdies to finish at 12-under 204, tied with Hull, who stayed bogey-free on the day after sinking four birdies on the first, third, ninth and 18th holes.

"I'm really excited to play in the final group tomorrow. I love that I'm in the lead in Korea."

Danielle Kang ready to take on Sunday at #KEBHanaBank! pic.twitter.com/OLJOyt1EVH

Since then she has racked up eight top ten finishes, but another win has proved elusive. However she was part of the English team which placed second in last week’s UL International Crown and she is a full part of the renaissance of the nation’s women’s golf alongside an old friend Georgia Hall, whose Ricoh Women’s British Open success hasn’t gone unnoticed.

“Oh yeah, we’ve always been competitive,” Hull said. “I think she still owes me £17 from when we were 13 actually. She can pay me back now! We also used to have mouthwash competitions when we were 11 or 12, seeing who could hold it in the longest.

“Georgia winning a major has really highlighted how good English golf is and last week playing in a team reminded me of the amateur days which was fun.

“Another win would be great, but I’m not getting ahead of myself because there’s a long way to go and lots of great players around me.”

"It's great to see big galleries like this because it makes you have to play well." @HullCharley caps her round off with a birdie to have a share of the lead heading into Sunday #KEBHanaBank pic.twitter.com/CeEHYa2bsM

“I got off to a really slow start,” Kang said. “My caddie talked me through a lot of shots and kept me together when I was getting annoyed. I’m a leaderboard watcher but he just kept telling me, ‘You’re putting great,’ and that kept me in the game.”

They are followed by two more home favourites – World No 1 Sung Hyun Park (71) and Seon Woo Bae (67) who are both at nine under heading into Sunday’s final round.