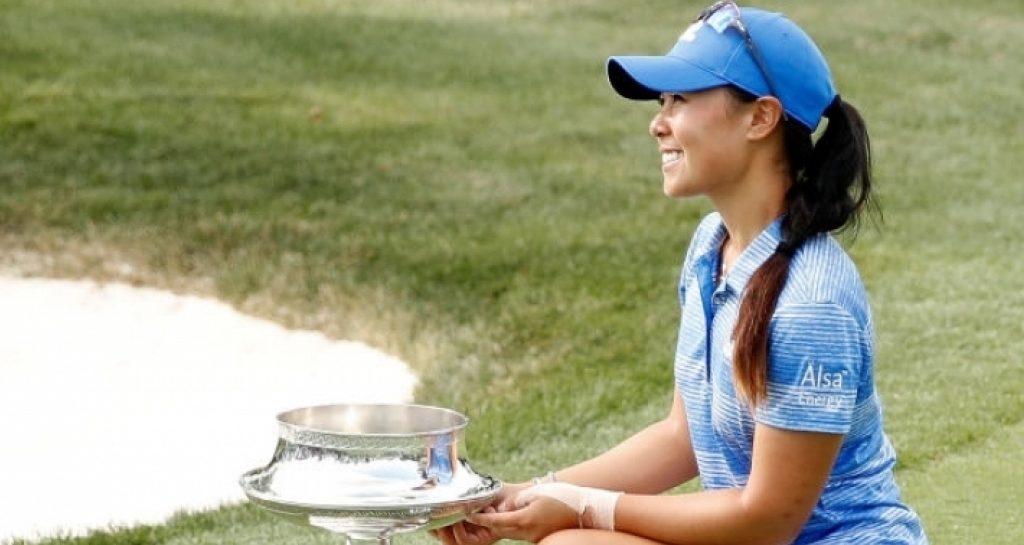 It was a perfect way for the former US amateur champion to claim her first LPGA win. The 24-year-old’s previous best result in a major tied for 14th in the 2012 U.S. Women’s Open.

Just a hole earlier it looked Kang had thrown away her chance of victory at Olympia Fields, after she bogeyed the par-three 17th while Henderson recorded two birdies to move into a tie for the lead.

The defending champion narrowly missed a 30-foot putt for eagle that would have put her in front.

Kang, though, withstood the pressure on the par-5 18th, hitting two great shots to reach the centre of the green, from where she two-putted for victory.

Henderson, shot a 66 to finish second. A great defence of her title just a year after the 19-year-old beat then world number one Lydia Ko in a playoff at Sahalee.

Kang’s overnight co-leader Chella Choi could only manage a 71 to finish third at 10 under.

Three South Koreans Mi Hyang Lee, Amy Yang and Sei Young Kim lay a shot further back tied for fourth at nine-under par, while three-time winner Inbee Park and Lexi Thompson of the US tied for seventh place at seven under.