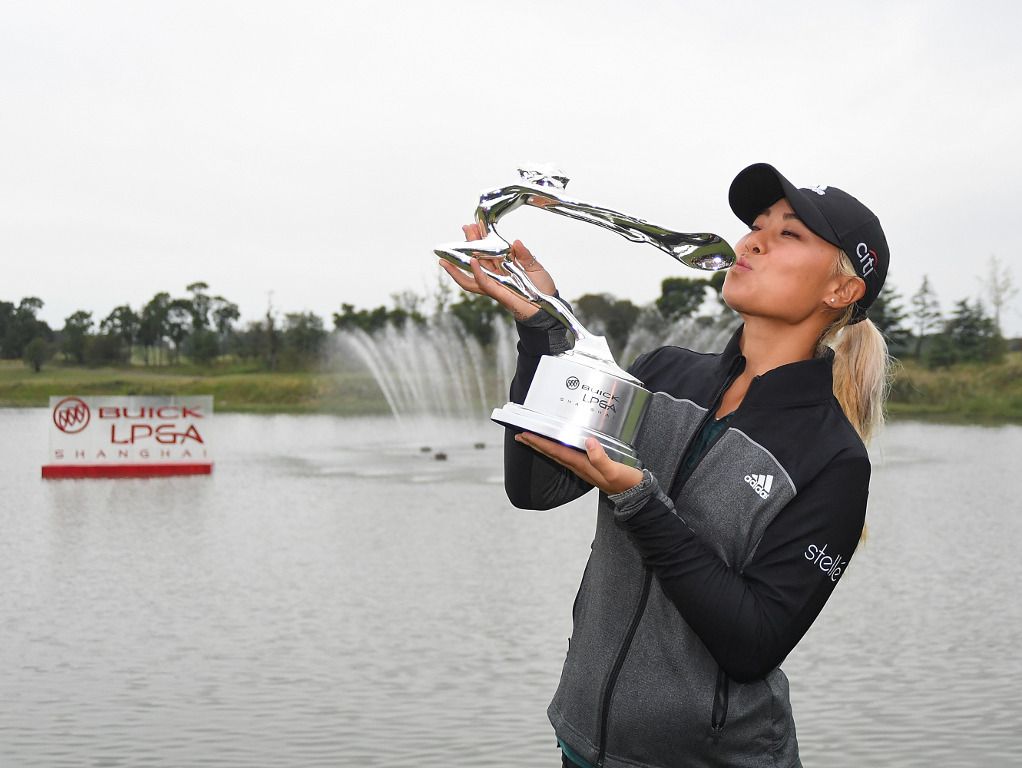 Danielle Kang held out to win the LPGA Shanghai crown on a thrilling Sunday afternoon in China.

The American, who turned 26 on Saturday, fired a three under 69 in the final round at a gusty Qizhong Golf Club to reach 13 under for the event, enough for a two stroke win over the chasing pack.

A day after her 26th birthday, Danielle Kang wins her second career @LPGA title at the 2018 @BuickLpga!!!#lpgabuickshanghai pic.twitter.com/VjwihwqpFe

Kang made the turn at one over par and berated herself for not being in contention. This apparently lead to a stern talking to from her caddie and Kang went on to roll in four birdies in her last eight holes to claim her second victory on the LPGA Tour.

“After nine holes I had a temper tantrum,” revealed Kang afterwards.

“He told me to go off to the side and we did. Hit the bag, do whatever you need to do to let your anger out and start a new nine. That’s what I did.”

There was a seven-way tied for second, with former world number one Lydia Ko carding the round of the day with charging six under 66 and American Marina Alex close was behind with a 67.

The surprise of the day came from 17-year-old Liu Wenbo, who turned professional just two weeks ago but earned a T2 finish after a superlative 68.

Overnight leaders Carlota Ciganda and world number 15 Sei-Young Kim both had disappointing closing rounds of 73 and 72 respectively, falling out of the running early after poor front nines.