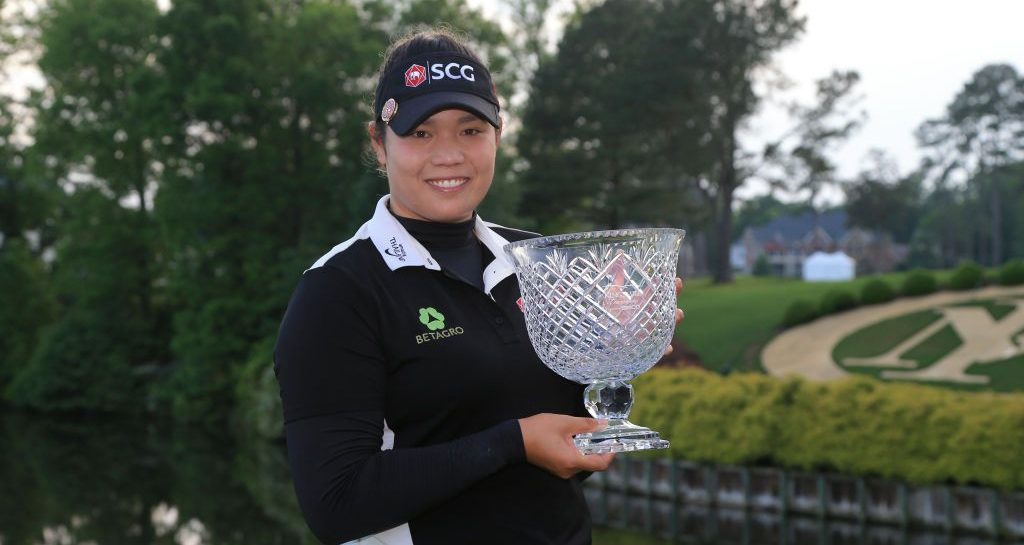 Ariya Jutanugarn overcame the disappointment of throwing away a two-shot lead on Sunday to win the Kingsmill Championship at the second playoff hole.

Jutanugarn had stretched out a two-shot lead in Virginia following a birdie at the 11th hole, but a bogey at 15 couple with birdies for rivals Nasa Hataoka and In Gee Chun resulted in a three-way playoff.

The Thai world number six then held firm to beat Hataoka with a birdie on the second playoff hole after birdies for the duo had seen off Chun at the first.

A massive birdie putt made by @jutanugarn in the 2nd playoff hole to capture the victory at @KingsmillLPGA!

Watch highlights from her day: pic.twitter.com/lmIznJaaQp

It was a second victory for Jutanugarn at Kingsmill after her victory in 2016, and makes her only the second multiple winner in Virginia after Cristie Kerr (three titles).

The 22-year old won for the eighth time in her last 54 tournaments.

Brooke Henderson closed with a 65 to finish one shot back at 13-under. Megan Khang finished in fifth spot after a third straight 67.

The event was shortened to 54 holes after play was washed out on Saturday.