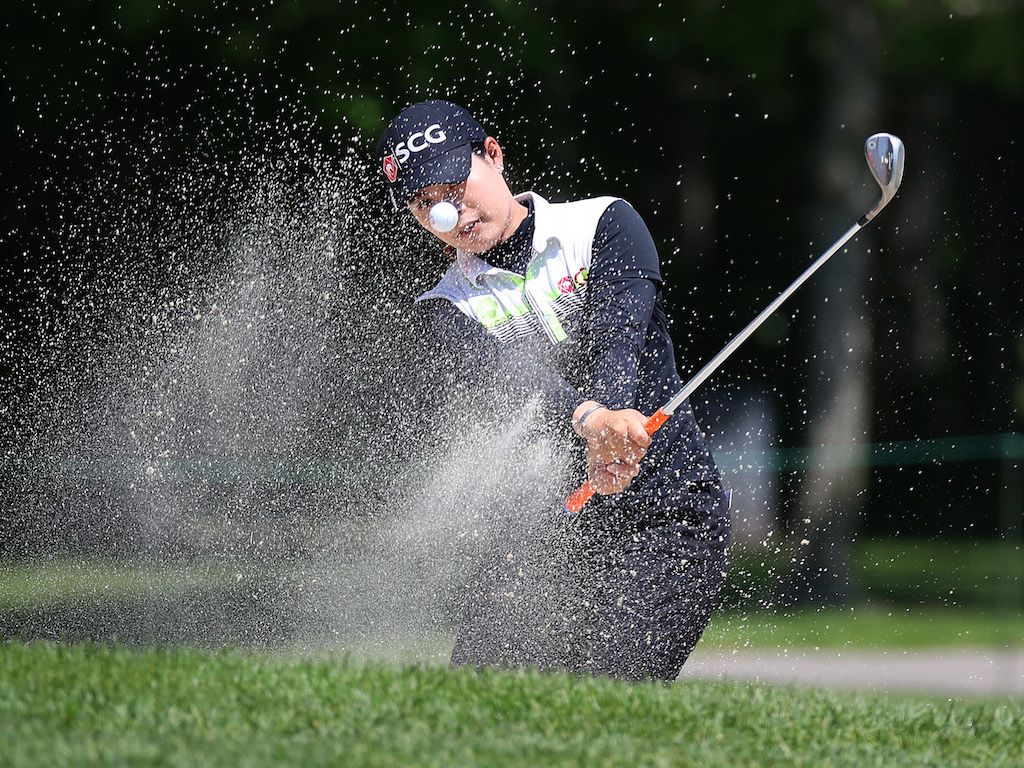 One-time LPGA Tour winner Moriya Jutanugarn seems to be making the most of her improved form – after opening with a 66 she co-leads the Volvik Championship.

Jutanugarn, Caroline Masson, Danielle Kang and Amy Olson all share the lead after day one of the Volvik Championship having signed for six-under-par-66s.

Last month Jutanugarn, the sister of the decorated Ariya, broke her career winless draught on the LPGA and now seems to have turned the corner.

The Thai, who has a huge amount of promise, made six birdies and no bogeys on Friday and is enjoying competing for tournaments since releasing the pressure of having never won on Tour.

“Pretty much you just hit the shot, go find the ball, hit another shot,” she said of the formula that has delivered this recent success.

“If you don’t make (the) putt, just go hit another putt.

Seven players, including Jessica Korda are tied for fifth in a jam-packed leader board.