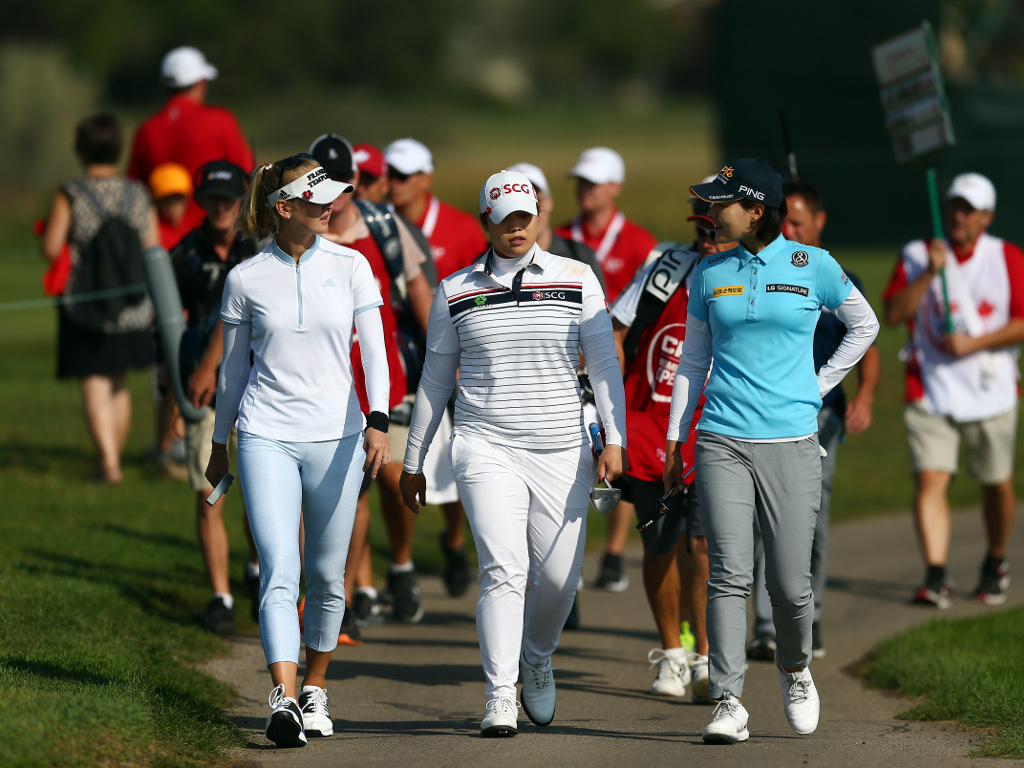 Thailand’s Ariya Jutanugarn birdied five of the last eight holes at the CP Women’s Open in Saskatchewan on Thursday for an 8-under 64, earning herself a share of the lead alongside Japan’s Nasa Hataoka and Mariajo Uribe of Colombia.

“Today my goal was don’t worry about the future too much,” Jutanugarn said. “Don’t think about what I’m going to shoot today. Just try to focus on things I can control.”

The Thai star is a previous winner of the Canadian national championship, having triumphed two years ago in Calgary.

Like Jutanugarn, Hataoka also had nine birdies and a bogey.

Watch all the top highlights from round one of the @cpwomensopen right here: pic.twitter.com/yuru5hFECI

“There was no wind today, so I was able to attack the pins,” she said through an interpreter.

Uribe birdied five of the first seven holes in her bogey-free round.

“It’s nice to start with a bogey-free round to actually see my golf game getting where I know it is,” Uribe said. “It’s going to be a good week.”

Henderson, who is seeking to become the first Canadian to win the CP Women’s Open since Jocelyne Bourassa in 1973, had eight birdies in her round.

“It was really solid today,” Henderson said. “I kind of got off to a little bit of a shaky start with a bogey on the first hole, but I made a ton of birdies today and that’s always a really good sign.”

Ko won the tournament in 2012 at Vancouver Golf Club at the age of 15 to become the LPGA Tour’s youngest winner. She successfully defended her title the following year and won again in 2015. If Ko wins in Saskatchewan she will become the first player to claim four CP Women’s Open titles.

“I heard that the forecast is a little different tomorrow, so I think playing conditions are going to be very different,” Ko said. “I think that’s why it’s really good to post a lower number when it was a little easier than what it can be.”

Defending champion Sung Hyun Park of South Korea had a 70 in the group with Henderson.