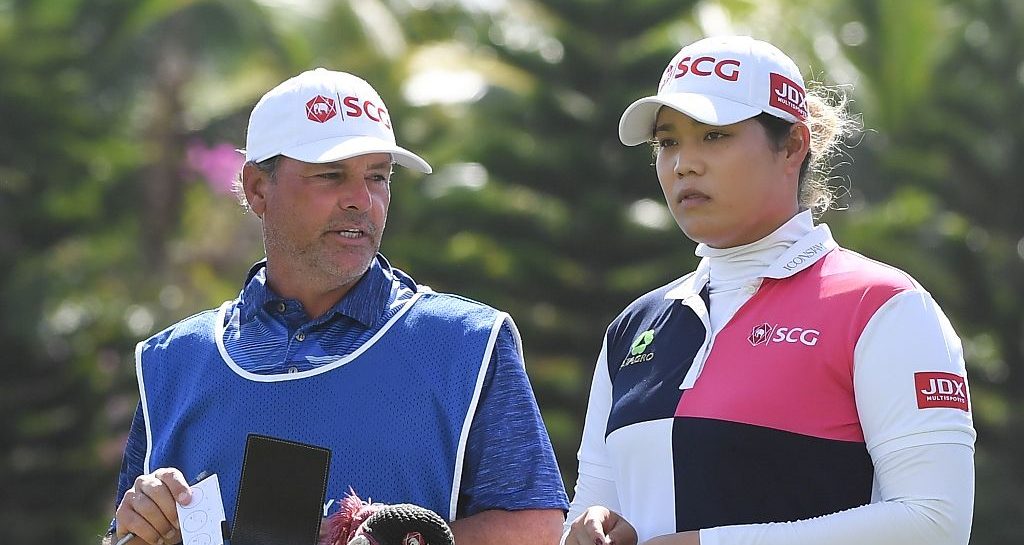 World No 1 Ariya Jutanugarn will take a formidable four-shot lead into Friday’s third round at the Blue Bay LPGA in Hainan Island.

Jutanugarn started the day one shot off the lead at the challenging Jian Lake Blue Bay Golf Course but finished it way out in front thanks to an impressive four-under-par 68 that took her total to seven under par.

The 22-year-old Thai star was one of only two players to break 70 on a brutal difficult day for scoring, and only eight players in the 78-woman field currently find themselves under par.

Jutanugarn coped with the challenging conditions beautifully, however, mixing seven birdies with three bogeys to create some serious distance between herself and everyone else.

She would have been particularly happy by the way she bounced back from back-to-back bogeys at the fifth and sixth holes with a trio of birdies from the seventh.

Jutanugarn’s sister Moriya is one of three players tied for second place on three under after a 71, the others being American Jennifer Song and Mexico’s Gaby Lopez, who both shot 71s too.

South Korea’s Chella Choi follows a shot further back, while home favourite Weiwei Zhang is among those on one under, six back.