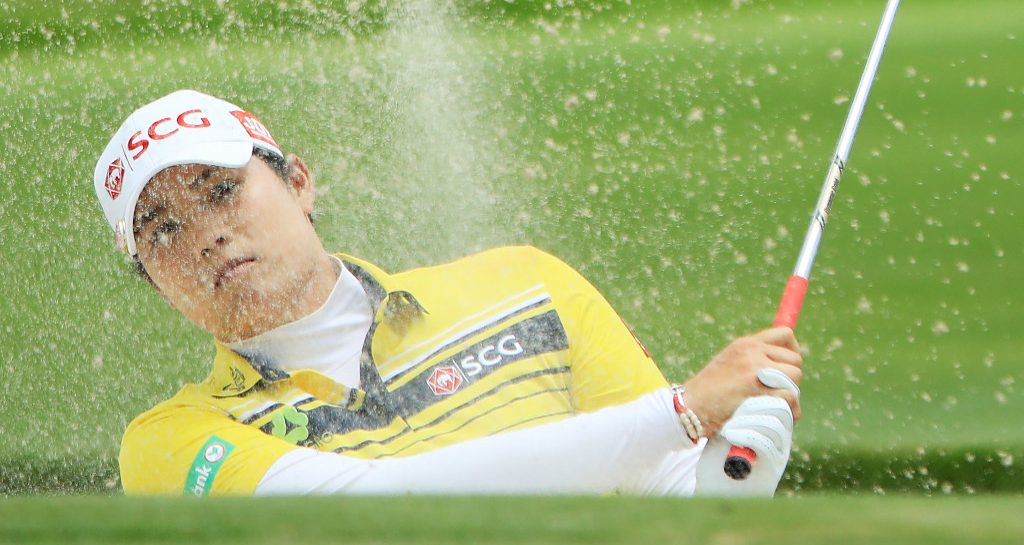 World No 1 Ariya Jutanugarn is among the first-round leaders at the HSBC Women’s World Championship, while Michelle Wie was forced to retire.

.@AmyOlson go off to a great start in the opening round of #HWWCGolf. She fired a 4-under 68 to take a share of the lead.

It was not a good day for defending champion Michelle Wie, however. Having just made her return from a wrist injury at last week’s Honda LPGA Thailand, Wie was forced to retire midway through her opening round seemingly suffering with a problem to the same hand.

The American was clearly not at her best as she shot an eight-over 44 on the opening nine which included a double-bogey on the eighth an a triple on the ninth.

Last week’s winner in Thailand, Amy Yang, also withdrew from the tournament on Thursday, with organisers later confirming she was suffering from the flu.

The five leaders are one shot clear of as many as seven others in what is a tightly-packed first-round leaderboard.

Thursday’s opening round was a tough one for scoring, with gusty winds and fast greens providing the player’s with a stern challenge.

“They have been pretty fast, but it’s really tough because it’s really firm,” Jutanugarn said. “It’s so tough to hit like close to the pin. I missed lots of putts but also made a few putts.”

The HSBC Women’s World Championship brings together the world’s best women golfers and is unofficially known as “Asia’s major” even though it is not recognised as one of the five official major tournaments on the women’s circuit.