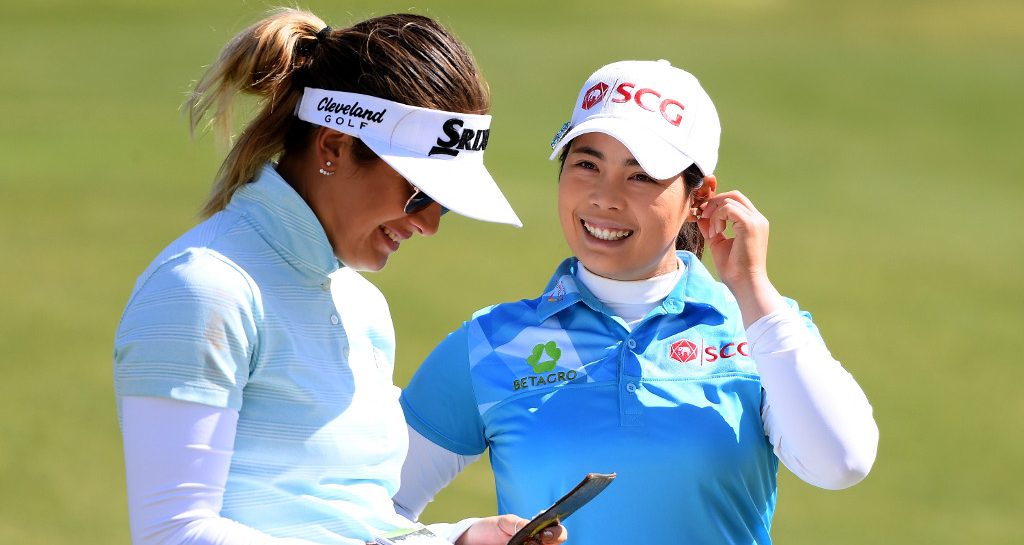 Moriya Jutanugarn gave herself a big chance of scoring a maiden LPGA Tour win after snatching a one-shot lead at the HUGEL-JTBC LA Open.

The Thai player enjoyed a bogey free round of 66 at the Wilshire Country Club, in Los Angeles, to move to eight under overall for the tournament.

Jutanugarn hit 16 of the 18 greens and sank five birdies in a round which has given her the possibility of joining sister Ariya as an LPGA Tour winner.

"I just want to keep playing my game. If it's my time, then it'll turn out good,” she said.

16/18 greens in reg today for Moriya Jutanugarn… someone was dialed in!

"The key for this week is just stay away from the bunkers.”

Marina Alex lies just one shot adrift of Jutanugarn after a 68, with a trio of South Korean players all within touching distance of the top two players.

So Yeon Ryu is at six under after a 69, while Eun-Hee Ji and overnight leader Inbee Park are at five under – three adrift of Jutanugarn.

Park struggled to match the heights of her first round after problems with her putting saw her make an even par 71.

"Today was just so difficult on the greens for me. Just playing in the afternoon, it's so much tougher to hole a putt,” she said.

“It's just hard to trust your line when you know it's just going to bounce everywhere."