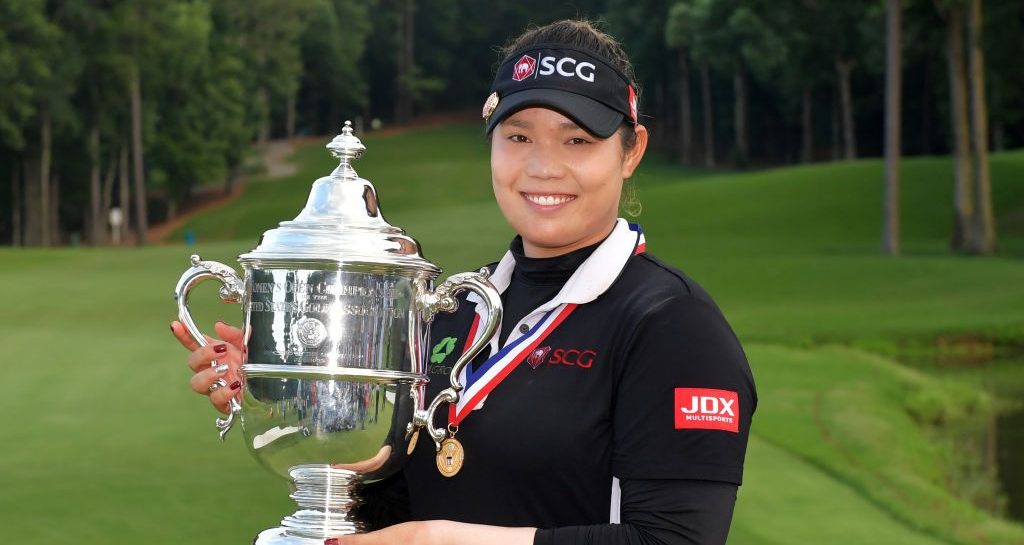 The Thai star took victory at the fourth extra hole after blasting out of the bunker at 18th to within a foot for a par as Kim missed from close range.

The win was a second major title for Jutanugarn following her victory in the 2016 British Open and a ninth LPGA title in just three years.

It marked an amazing recovery for the 22-year old, who had been hanging on after Kim birdied the first playoff hole.

The world number one then levelled the scores with a par at the second hole as Kim could only make bogey.

They shared the third hole in par before Jutanugarn’s superb bunker shot made the difference.

From a seven-shot lead, to a playoff, to the top once again. Ariya @Jutanugarn is the 2018 #USWomensOpen champion! pic.twitter.com/Px2GDZZ9on

Jutanugarn had earlier blown a seven-shot lead on the back nine after blazing to the turn in four under par to extend her four-shot overnight lead.

But things quickly fell apart on the way home as the Thai star recorded a triple-bogey seven on the 10th and then dropped another shot on the 12th.

A birdie at the 16th gave her some respite before consecutive bogeys at 17 and 18 saw her drop back to 11-under par and into a playoff with Kim, who enjoyed a blemish free 67.

Spain’s Carlota Ciganda finished in third place at seven-under after a final round 69, while Danielle Kang finished fourth on three under par.