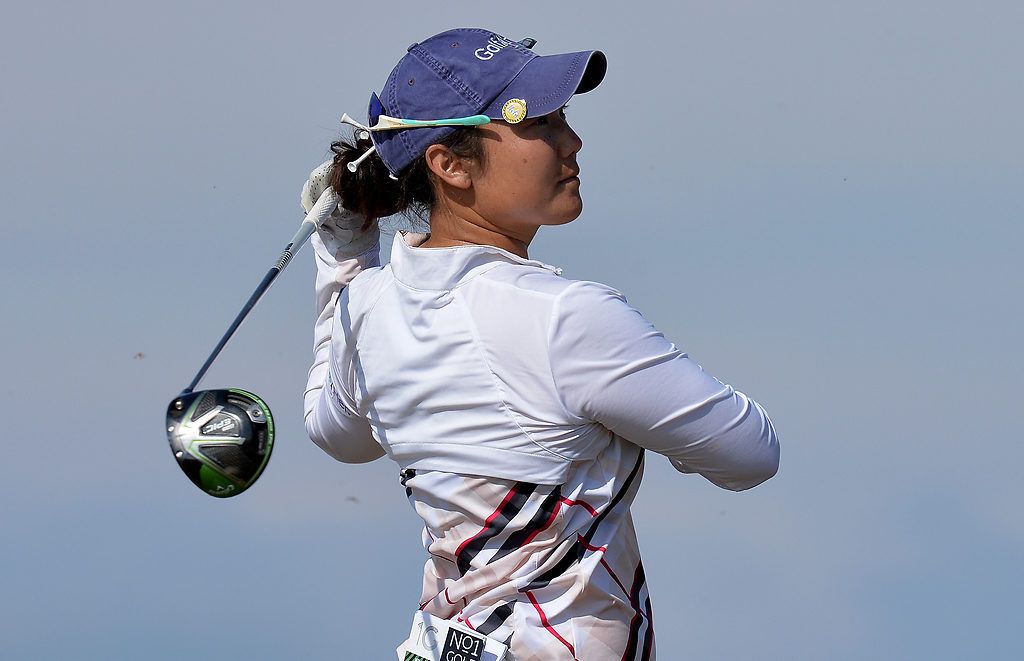 Tiffany Joh exceeded her own hopes to secure a 36-hole total of 13-under 129 and a three-shot lead over Ariya Jutanugarn in the Aberdeen Standard Investments Ladies Scottish Open at Gullane GC.

The 31-year-old American admitted: “I had pretty low expectations for today. I honestly probably would have taken anything under par, but on the first hole right away we made like a 45-footer, and I just started laughing.”

She eventually carded a five-birdie and one bogey 67, five shots more than she needed on Thursday, but leaving her in uncharted territory this weekend because her previous LPGA career-best 36-hole position is tied fifth.

Expanding on her habit of holing outrageous putts this week she said: “There are so many little subtle breaks on these greens that, you know, you’re almost better off just kind of like taking a really generalized approach to green reading and not really overthinking it, which is perfect because I never overthink anything.

“I’m such a fan of links golf. I’ve always loved playing it and (to win) would be huge but, at the same time, I try not to get ahead of myself. Regardless of what happens, my caddy and I are having a blast out there.”

Her position is strong but converting the win will be far from a straightforward exercise with the world’s number two, three and four ranked players not only hot on her heels, but also hunting a return to the number one spot.

Ariya Jutanugarn, Sung Hyun Park and So Yeon Ryu have each spent short periods of time at the number one spot in the last 15 months and with the current leader Inbee Park not in the field they can overtake her if results go their way.

Thailand’s Jutanugarn recorded a flawless 6-under-par 65 to tie Amy Yang for second place on the leaderboard at 10-under 132, but couldn’t reveal with hole she found toughest.

“I kind of forgot,” she said, “because all the holes look similar to me.”

Park had carded a pair of 67s so far this week to be tied fifth on 8-under 134. Ryu is one shot further back after a Friday 66. The leading British challenger is Georgia Hall, ten back of Joh on 3-under. Local favourite and Gullane member, Catriona Matthew, missed the cut.