Jin-young Ko comes from behind to snatch Founders Cup crown 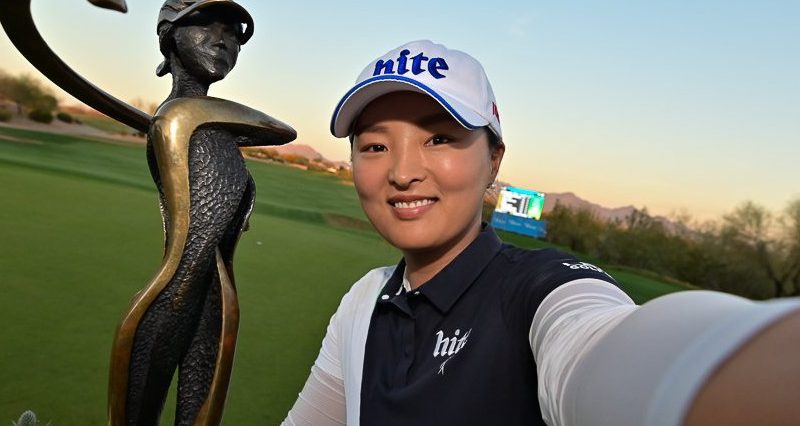 South Korea’s Jin-young Ko fired a seven-birdie 65 on Sunday to clinch her third LPGA title at the Bank of Hope Founders Cup in Phoenix, Arizona.

The 23-year-old from Seoul finished particularly strongly, making a hat-trick of birdies at the 14th, 15th and 16th to edge out her closest rivals at Wildfire Golf Club.

Ko had started the final round four shots off the lead, but four birdies in her opening 11 holes saw her close the gap at the top, before her sterling finish earned her the win.

Jin Young Ko hit 16 greens in regulation on her way to a victorious bogey-free 65!

Ko's victory is the third of her short career, and her first in the U.S.A!

Check out her final round highlights now!

Yu and Ciganda started the day in first and second, but rounds of 70 and 69 respectively did not prove to be enough on the day.

The Korda sisters fired impressive rounds – a 64 for Jessica and a 66 for Nelly – to grab a share of second place.

.@NellyKorda was inches away from forcing a playoff with Jin Young Ko at the @LPGAfounders.

Korda's T2 finish is her seventh Top 10 finish her last eight starts, which include two wins.

Check out her final round highlights now!

For Ko, who was on the practice green preparing for a possible play-off as the final groups finished up, was relieved to finish the job in regulation.

"No thinking about the future, just now. Amazing day."

Jin Young Ko didn't approach her final round thinking about the winning score. Taking the day shot by shot, she was able to outshoot her competitors and claim the @LPGAfounders.

“I don’t need to practice anymore!” she exclaimed.

“I didn’t think about winning today,” she added. “I had to really focus on my game. I just tried (to play) shot by shot and not thinking about the future, just, like, now.