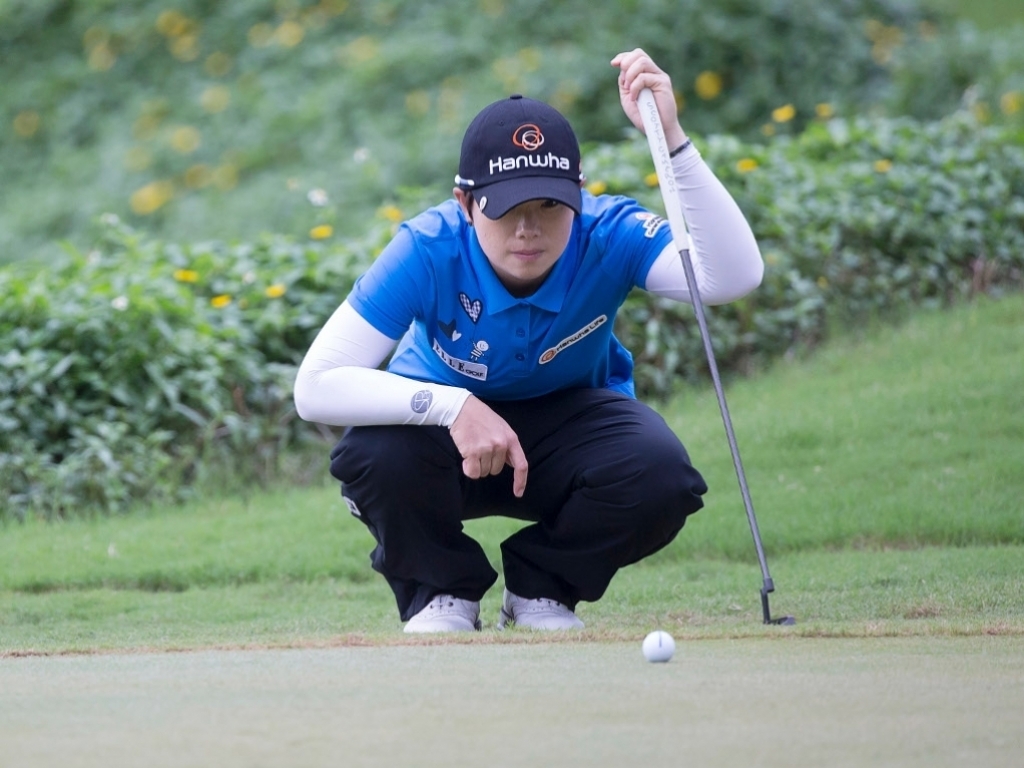 Eun-Hee Ji will take a six stroke lead into the final round of the Swinging Skirts LPGA Taiwan Championship on Sunday.

The South Korean braved the blustery conditions to card a three under 69 around the Miramar Resort and Country Club in Taipei, taking her to ten under for the tournament, six shots ahead of Lydia Ko and Jenny Shin.

There was just a solitary blemish on Ji’s card, a bogey on the fourth, after which she recovered nicely to drain four birdies coming home to give her a commanding lead as she looks for her third win on the LPGA Tour.

"I like Taipei always, I play great when I come here." Eun-Hee Ji talks about her 3rd round of 69 at #SwingingSkirts pic.twitter.com/37pkWkYnRf

Meanwhile, former world number one Lydia Ko brought herself into contention with the lowest round of the day, a four under 68, which included a double bogey and seven birdies.

“It was pretty tough out there with the wind being pretty strong and starting from the first hole,” said the 20-year-old after the round.

“It kind of progressively picked up. I played solid and made a few good putts. A little careless plus little mistakes on 17, but it's always nice to be able to finish with a birdie on the last.”

Elsewhere, Shin, who shared the halfway lead on Friday, struggled in the wind, signing for a three over 75 to fall back to four under par for the week.

The chasing pack consists of several players on three under, including American star Cristie Kerr as well as Asian duo Chella Choi and Shanshan Feng.