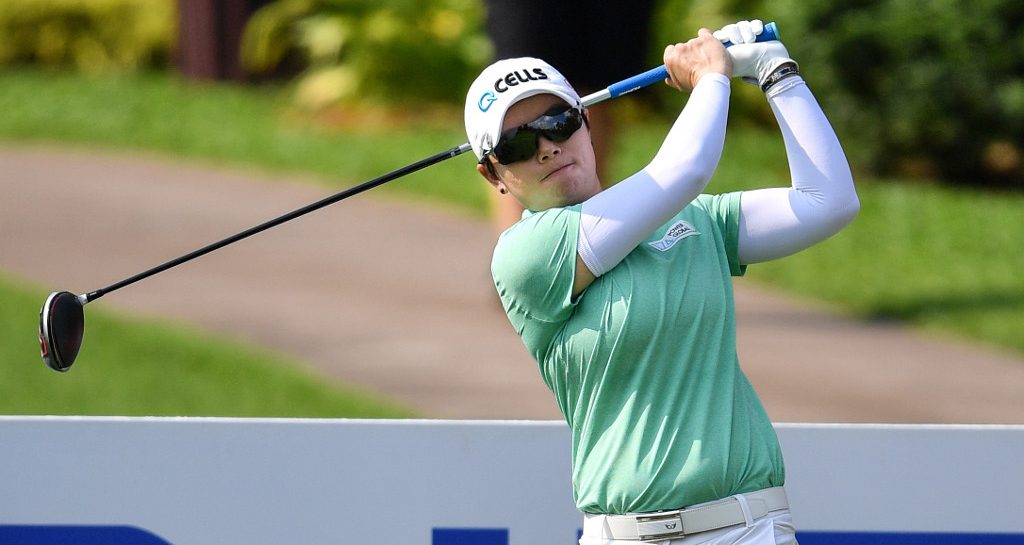 Former US Women’s Open champion Ji Eun-Hee blitzed the Siam Country Club course to take a two-shot lead after the opening round of the Honda LPGA Thailand.

The 32-year-old South Korean made a whopping ten birdies while dropping just one shot for a nine-under-par 63 in Chonburi.

Eun-Hee Ji's best was pretty great today, as she leads the field after firing a 9-under 63!

Hear what she had to say following her round at @hondalpgath! ⬇️

Tune in to @GolfChannel now for live coverage! pic.twitter.com/Q6BkCT7dtA

That was good enough for a two-shot lead over countrywoman Jenny Shin, Australian Minjee Lee and American Danielle Kang.

World No 1 Ariya Jutanugarn is at four under after an opening 68 alongside Michelle Wie, while former No 1 Lydia Ko is well off the pace following a one-over 73.

Eun-Hee Ji holds a two-shot lead over a crowded leaderboard following Round 1 at the @hondalpgath!