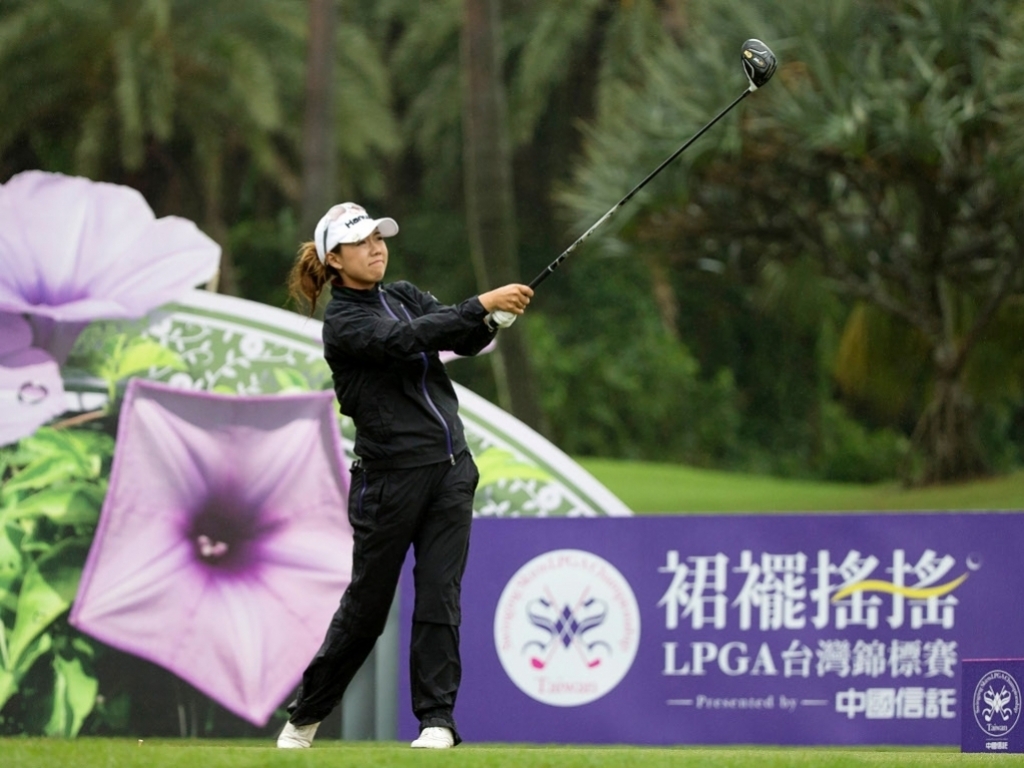 Eun-Hee Ji and Jenny Shin share the lead at the halfway stage of the Swinging Skirts LPGA Taiwan Championship after there rounds on Friday.

Shin battled her way through some difficult playing conditions to card a five under 67, enough to move her to seven under for the tournament.

A checkered scorecard saw her drain seven birdies but also two bogeys as she drew level win Ji to sit on top a packed leaderboard, where 13 players are within five shots of the lead.

"I had a really good break back there on the 18th hole. My tee shot went to the right, but I got relief because it was completely underwater, and I took advantage of that obviously. Made the putt on 17, so I wanted to keep running at it and made my last putt on 18.”

.@JennyShin_LPGA heads into the weekend at #SwingingSkirts tied for the lead with Eun-Hee Ji! 👏 pic.twitter.com/ZURp2hLrfX

Meanwhile, Ji would sign for a one under 71 after she also endured a tough day.

“Not as great as yesterday but I don't feel really bad, you know,” said Ji.

“I just struggled with my putting this first nine, and I get just a little bit better on the back nine. I just made it out a little bit, and, yeah, I think I'm pretty happy to make a birdie on the last.”

The round of the day belonged to Australia’s Su-Hyun Oh, who eagled the 18th for a sizzling six under 66 that moved her into solo fourth behind American Brittany Altomare.