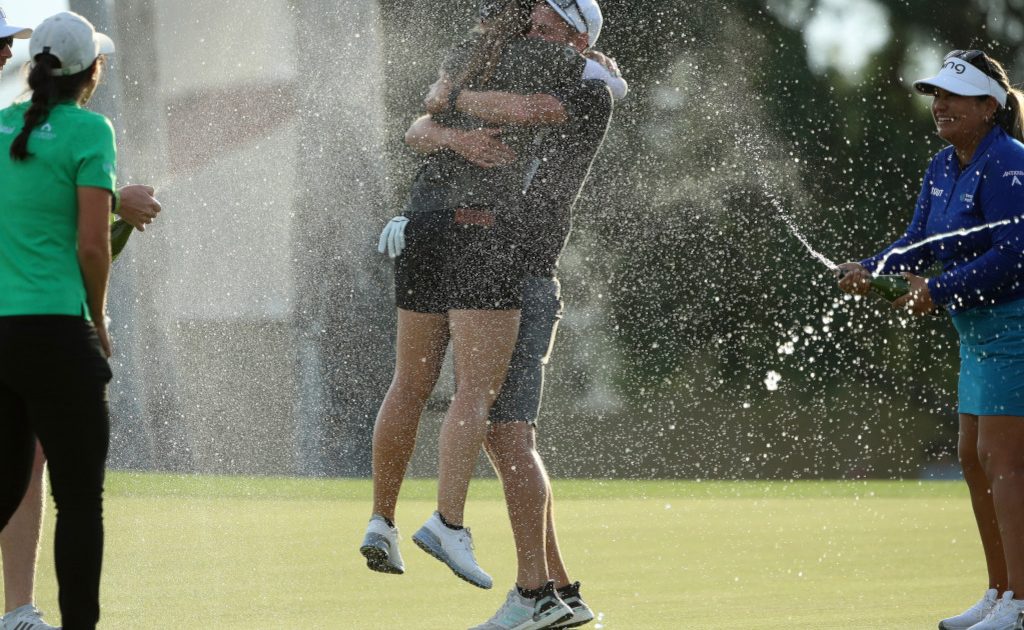 American Jennifer Kupcho has claimed her first victory on the LPGA Tour with a two-stroke win at the Chevron Championship.

The 24-year-old started the day at Mission Hills six shots in front and then carded a two-over 74 to finish at 14-under, with compatriot Jessica Korda finishing in second.

Kupcho became the first US winner since Brittany Lincicome in 2015.

Following play, she told the press: “I’ve been so close a couple of times. It’s really hard, but here I am.”

Kupcho observed the tournament’s tradition by jumping into Poppie’s Pond, alongside her caddy and husband, after claiming the win. The tradition was started by Amy Alcott in 1983.