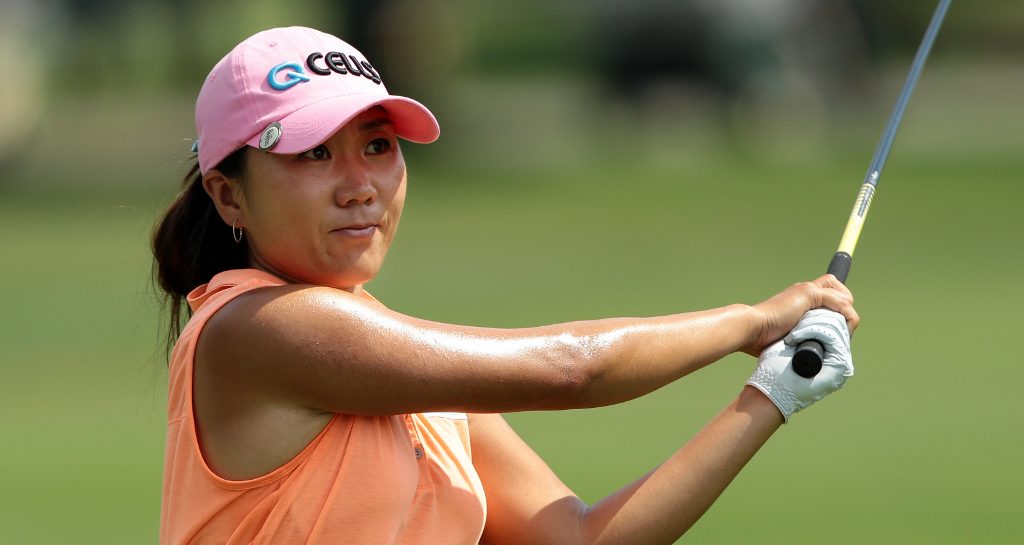 In-Kyung Kim has given herself a chance to right a seven-year-old wrong after opening up a three-shot lead at the ANA Inspiration in Palm Springs on Friday.

Back in 2012, the 30-year-old South Korean missed a 14-inch putt on the 72nd hole that would have seen her claim the major title. Instead, she had to take part in a play-off with compatriot Yoo Sun-young, where she lost on the first extra hole.

Now, seven years later, rounds of 71 and a scintillating 65 on Friday have given her a three-shot lead heading into the weekend, and a chance to take care of some unfinished business.

Kim’s second round at the Mission Hills Country Club course included eight birdies and one bogey, as she took her total to eight-under-par 136.

.@SWEET_IKKIM took advantage of the conditions Friday morning, setting the lead at 8-under before the afternoon wave battled strong winds.

We're set up for an exciting #MovingDay at the @ANAinspiration!

“I knew my game was getting better,” said Kim, a seven-time champion on the LPGA Tour. “I have been training a lot and improving every day.

“The ball was playing shorter than yesterday so I had to adjust.

“Out here you get what you see. You can’t really expect everything to go in. I was seeing some lines today and put some good speed on it.”

"I've had some good rounds coming in to this week. There's been a lot of positives."@SWEET_IKKIM is currently the solo leader at the @ANAinspiration as she looks for her second major victory.

Asked about her near-miss in 2012, Kim didn’t want to talk about it too much.

“Sometimes it is difficult to take outcomes. I don’t have control over it, that’s the truth,” she said.

Lying in lone second place three shots back is Australian Katherine Kirk after rounds of 71 and 68.

She was tied with Kim with a couple of holes to play, but back-to-back closing bogeys saw her fall back.

“Sometimes you get the breaks and sometimes you don’t,” said Kirk. “I made a club error on 17 and that is part of golf unfortunately.

“On 18 it was a bad tee shot and so I didn’t have much of a second shot. But overall I am happy with my score.”

Kirk is one stroke clear of Jin Young Ko and overnight leader Ally McDonald, who dropped four shots off the pace after a 72.