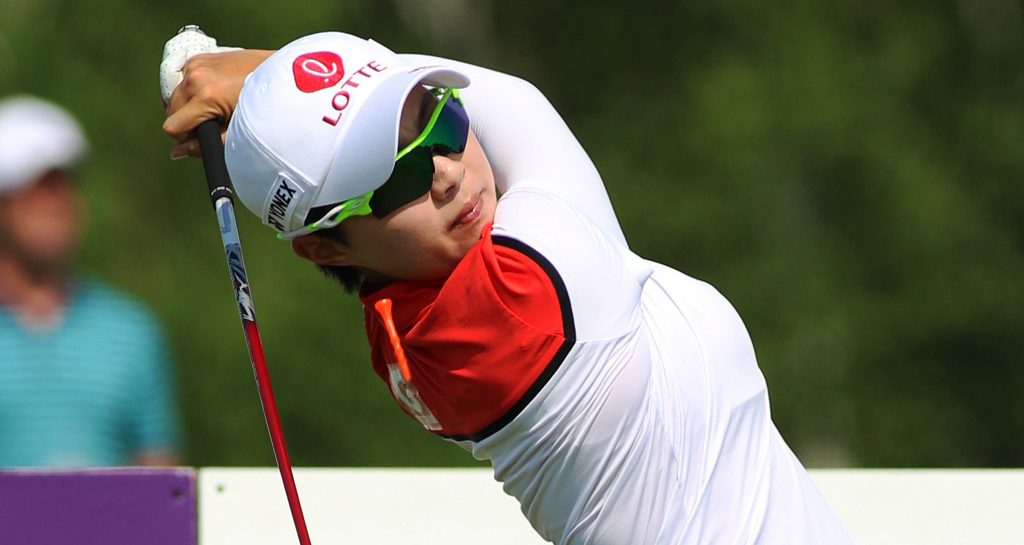 Hyo Joo Kim has given herself a great chance of capturing her second Evian Championship title after earning a one-shot lead on Saturday.

Kim, who shot a record 61 on the way to winning her only previous major title here five years ago, seems to be resuming her love affair with the Evian Resort Golf Club.

The 24-year-old South Korean fired a third-round 65 to move one shot clear of the chasing pack on 15-under 198.

Lying just one shot behind her, however, is World No 1 Sung Hyun Park, who is chasing her third major title in as many years after firing a 66 that including a closing birdie at the par-5 18th.

“I really think this golf course suits Korean players because all the golf courses in Korea are built in the mountain,” said Inbee Park.

“We are really used to the undulations and the lies that we get.”

Tee times were brought forward on Saturday due to the threat of the bad weather, and and the final pairing finished their rounds just before it started to pour.

Sunday’s forecast is for more rain and colder temperatures.