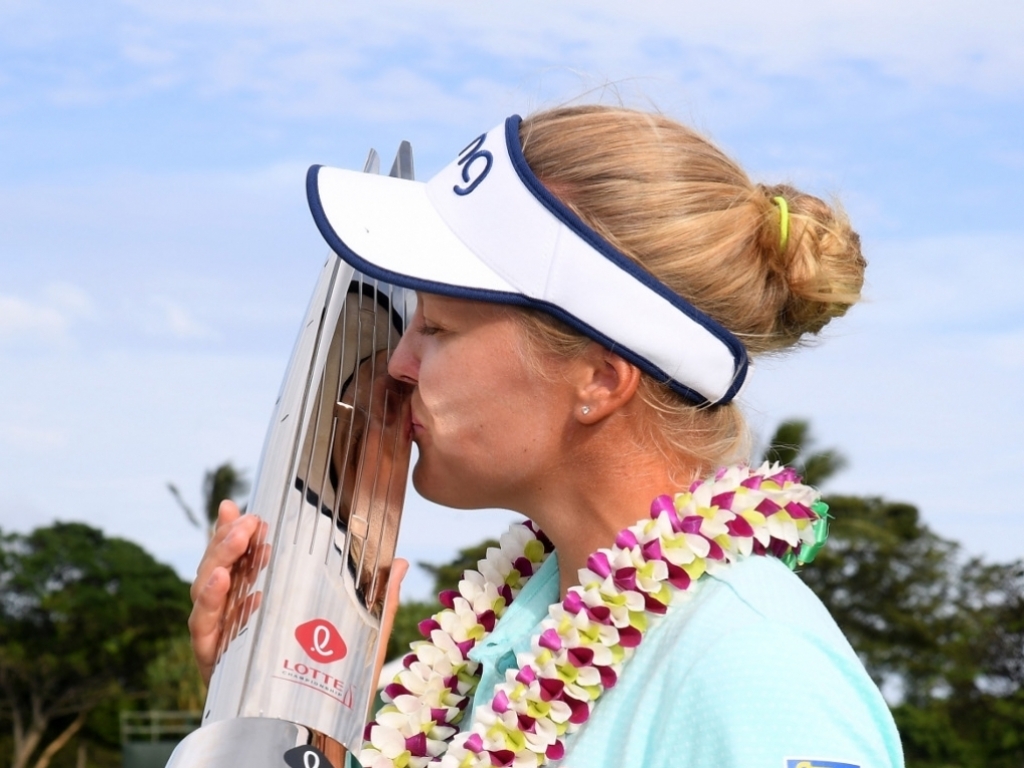 Brooke Henderson showed steely resolve to hold on and win the Lotte Championship by four shots on Sunday.

The Canadian – who took a one shot lead into the final round – would close with a 69 around the Ko Olina Golf Course in Hawaii, enough to seal her sixth win on the LPGA tour.

Henderson held off a strong charge from South Korean star Inbee Park, but when she drained an eight footer for birdie on the 16th, Henderson sealed the deal.

"The wind conditions were incredible and I think Brit and I did a great job," the 20-year-old said after the round.

"My sixth win on Tour continues to be a dream come true. Watching Pernilla [Lindberg] win a major was a lot of motivation. She showed a lot of grit and I thought 'I could do that too' so I owe a lot to her.

"Fortunately I was able to overcome the shaky putting at times. I just tried to be calm and relaxed and made a couple really nice putts coming in."

Park would fall in the latter stages of her round, settling for a 72 which saw her finish T3 with world number one Shanshan Feng and Thai superstar Ariya Jutanugarn. Spain’s Azahara Munoz would finish solo second on eight under.