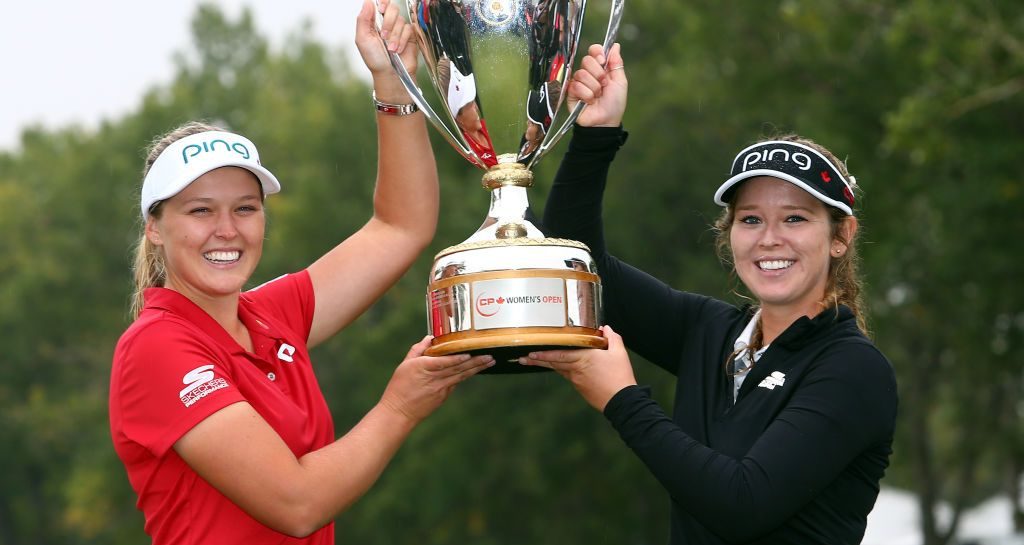 Brooke Henderson fired a final-round seven-under-par 65 to claim victory by four strokes at the CP Women’s Open on Sunday.

Henderson finished on 21-under par at the Wascana Country Club, the first Canadian to win the tournament in 45 years since Jocelyne Bourassa in 1973.

It was the seventh LPGA win of the 20-year old’s career and her second of the season.

Take a look back on a day that will be etched in history forever! 🇨🇦

“It’s amazing, just surreal,” Henderson said. “The crowds here have been so amazing all week, and to finish it off the way I did is really a dream come true.”

Angel Yin (68) finished in solo second place while Jennifer Song (67) was six shots back at 15 under.

Starting the day with a one-shot lead over Yin, Henderson extended her lead to three shots over Yin as she made it to the turn in two under, before stretching it even further on the back nine thanks to a run of four straight birdies starting at the 12th hole.

.@BrookeHenderson was in the zone today!

Watch highlights from her history making day at the @cpwomensopen: pic.twitter.com/4OeUzS0G2h

She rounded off a superb round and win with another birdie on the final green, tapping in a short putt before celebrating with her family and caddie sister.