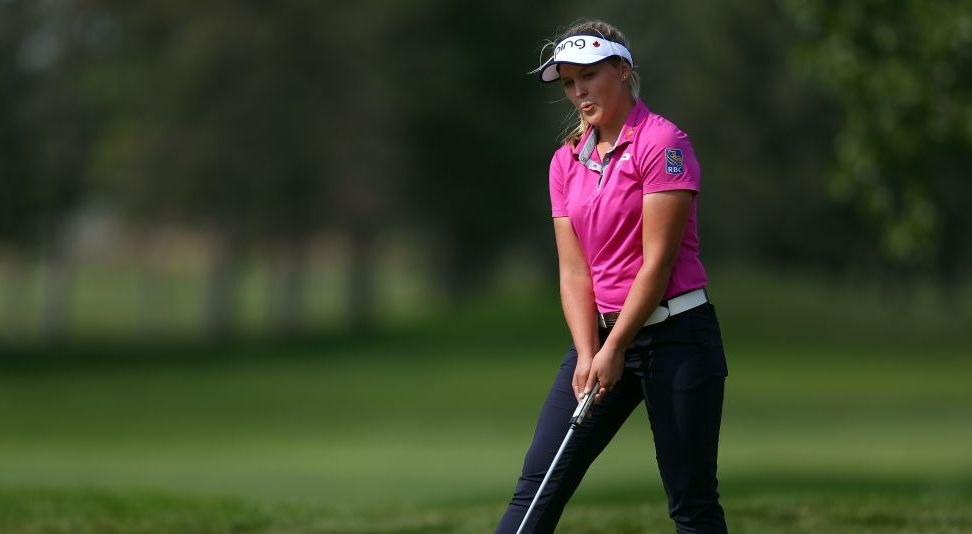 Brooke Henderson will take a one-shot lead into the final round of the LPGA Canadian Open.

The 20-year old leads both Nasa Hataoka and Angel Yin by one as she aims to become only the second Canadian to win the event after a two-under par 70 left her on 14-under par at the Wascana Country Club.

After an even par front nine, Henderson reeled off three birdies starting at the 12th hole to open up a gap, before a bogey at 17 after a missed short putt gave the chasing pack some hope.

.@BrookeHenderson powered through her 3rd round at the @cpwomensopen to finish with a round of 70 and the outright lead!

Japanese teen Hataoka put herself in contention after a sparkling run on the back nine that saw her hit five birdies in seven holes, but she too dropped a shot late on, missing a regulation par putt on the final green.

Yin started poorly with a bogey and double bogey in the first three holes, but pulled things around with four birdies.

She had a golden opportunity to take the lead at 17 with a short eagle putt, but ended up three-putting from just eight feet.

The American missed another decent chance at the last, a six-footer sliding by to leave her tied with Hataoka, just one stroke behind Henderson.

Defending champion Park Sung-hyun of South Korea, a winner at last week’s Indy Women in Tech, was a shot further back in solo fourth place, one stroke ahead of Australia’s Su Oh and Austin Ernst.