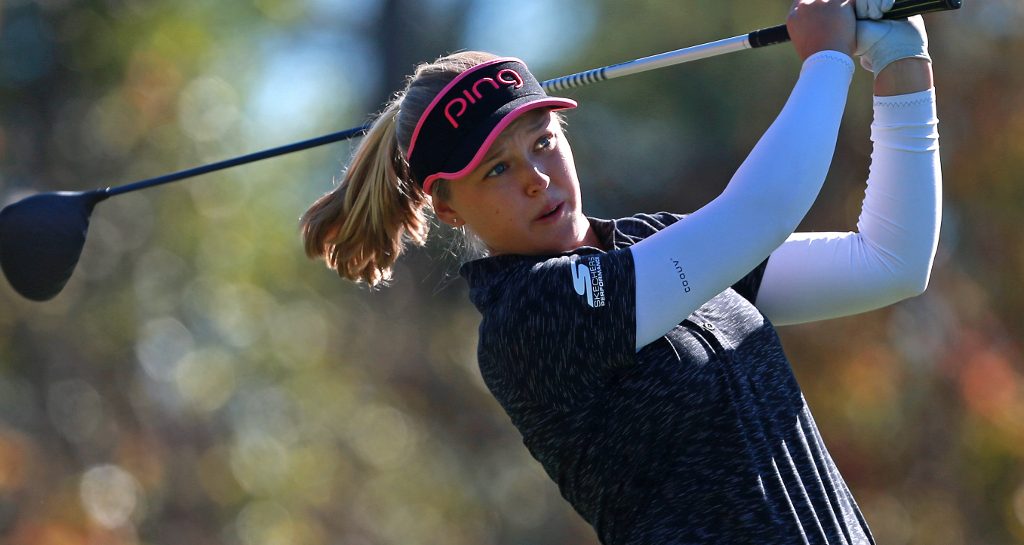 Brooke Henderson still leads at the LPGA’s season-opening Tournament of Champions, but a World No 1 and former World No 1 are hot on her heels.

Henderson started Friday’s second round at Kapalua in Lake Buena Vista, Florida, with a one-shot lead, and ended it with a two-stroke cushion after a bogey-free, four-birdie 67.

“It’s always fun to be in the final group and be in contention,” Henderson said. “It’s what we play for pretty much every single week. It’s nice to be here. It’s only the halfway point, but I still need to make a lot of birdies and keep hitting it to win.”

"Overall I'm happy to be in the position I am, and just hopefully keep it going over the weekend."

But it’s the quality of the opposition hot on her heels that should be of some concern to the 21-year-old Canadian, as the cream has clearly risen to the top for the LPGA’s season opener.

Lying just two shots back in a tie for second are Thailand’s Ariya Jutanugarn, the current top-ranked women’s player in the world after a dominant 2018 that saw her scoop ever major award, and New Zealand’s Lydia Ko, a former World No 1 who boasts 20 professional victories despite still being only 21 years old.

“I didn’t expect to finish 4 under today at all because I hit everywhere. I keep missing fairways and greens, and I’m at 4 under,” Jutanugarn said. “I’m going to say my short game helped me a lot today because I keep missing the green — and I’m not missing by two yards, I’m missing by like 10, 15 yards.”

.@TheAmyRogers caught up with Ariya @jutanugarn after her second round 67. Jutanugarn sits two off the lead at -8.#DiamondLPGA pic.twitter.com/7qdnj5BwM0

The stage is set for what should be a fascinating battle between the LPGA’s brightest stars over the weekend.