Brooke Henderson keeps her nose in front in Hawaii 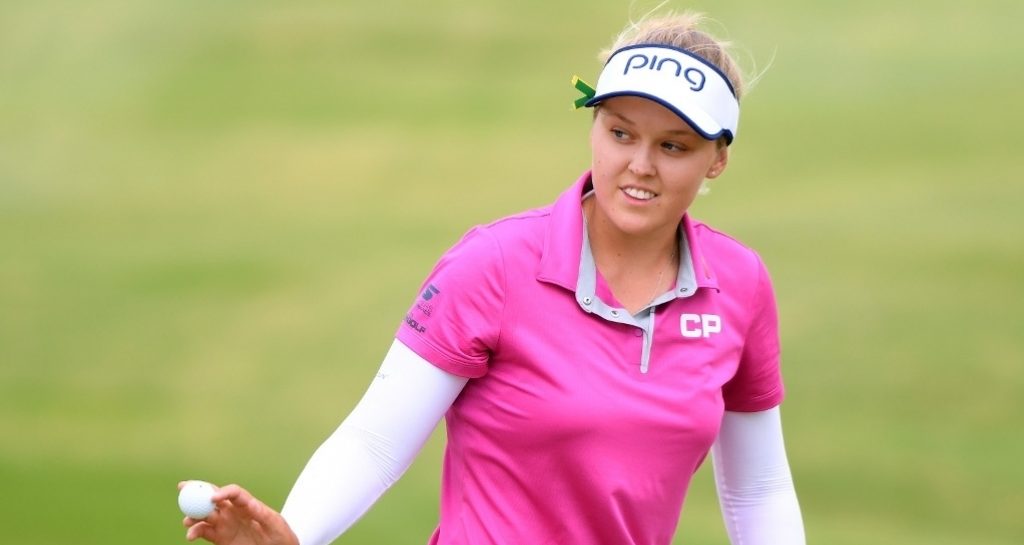 Young Canadian Brooke Henderson will take a one-shot lead into the final round of the LPGA's Lotte Championship despite a frustrating day.

Henderson gave herself several chances to run away from the rest of the field at a windy Ko Olina Golf Club on Friday, but in the end had to be content with a one-over-par 73 that nevertheless saw her retain her position at the top of the leaderboard.

The 20-year-old had a topsy turvy day, adding four birdies but also three bogeys and a nasty double-bogey at the short 16th following a four-putt, which significantly impacted her lead.

Tune in now for live Round 2 coverage @GolfChannel pic.twitter.com/CpLGxWOUBo

"I've been kind of struggling with my putting all year," Henderson admitted.

"The first few rounds I had it going and I felt confident with it; then on the back nine I just kept missing. I just felt like that every single putt and kind of got a little bit down. That's always a terrible way to be, especially when you're still leading the tournament."

Henderson finished the day at nine under par, one shot clear of American Mo Martin, who shot a 72, and two shots ahead of Japan's Nasa Hataoka and South Korean Inbee Park in third place.

.@mogarita8 was certainly up to the @Prudential Challenge with some great shot making during Round 3 @LPGALOTTE. She'll play in the final group with Brooke Henderson in Saturday's final round. pic.twitter.com/kfz2JkOCP0

Also still in with a shout are the likes of Lizette Salas and World No 1 Shanshan Feng, who both lie just three strokes back after rounds of 71 and 70 respectively.

Even the likes of Daniela Lacobelli and Pernilla Lindberg are still in with a shout at five under, as are Thai siblings Ariya and Moriya Jutanugarn at four under.