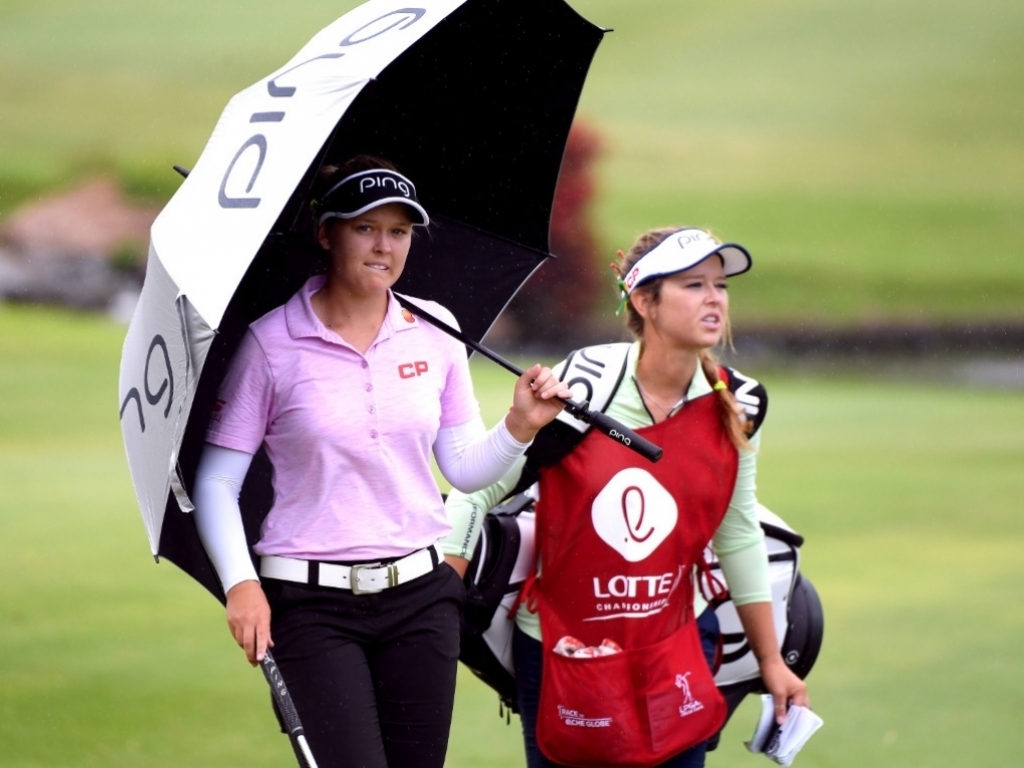 Brooke Henderson will take a two stroke lead into the weekend following a superlative round on Friday at the Lotte Championship.

The Canadian star would sign for a sizzling six under 66 around the gorgeous Ko Olina Golf Club, taking her to ten under for the tournament, earning her a two shot lead over world number one Shanshan Feng and Mo Martin.

Starting on the back nine, Henderson enjoyed a strong start, rolling in four birdies in the opening six holes. As string of pars saw her hold position near the top of the leaderboard before she closed with back-to-back gains.

“I made a lot of clutch par saves to keep the momentum and keep it bogey-free. I feel like I'm in a great spot and I'm hitting the ball really well and I can depend on my putting right now.

"The wind wasn't as strong early today and there were softer conditions. Fortunately it didn't rain too hard and it helped with the softness of the course."

Meanwhile, further down the leaderboard, South Korean star Inbee Park, Lindy Duncan and Swede Pernilla Lindberg are locked in T4 on six under.