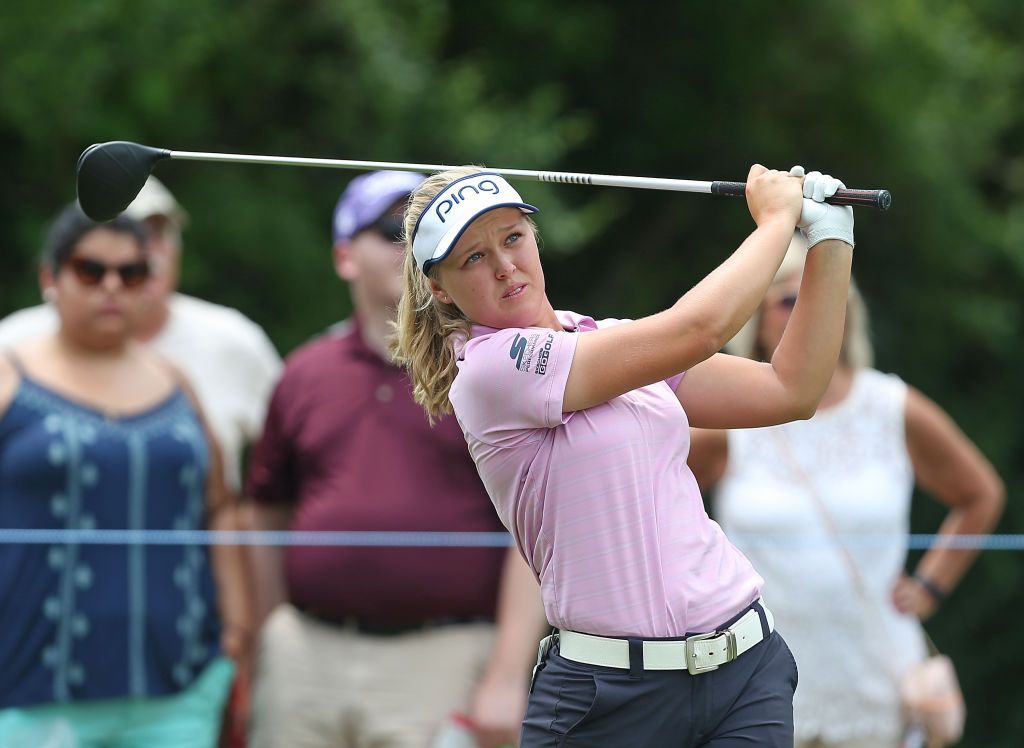 Brooke Henderson eked out a one-shot lead to take into the final round of the Marathon Classic on Saturday after carding a two-under par 69.

The 20-year old Canadian grabbed a birdie on the 17th hole at Highland Meadows to finish at 11-under par, one stroke ahead of Angela Stanford (65) and Brittany Lincicome (67).

Stanford tied the low round of the day as she fired a second consecutive round of six-under.

Jacqui Concolino was in solo third spot on nine-under after a 69, while 11 players, including Korean trio In-Kyung Kim, Mirim Lee and In Gee Chun were tied for fifth place on eight-under par.

Henderson, ranked 16th in the world, is looking for a second win of the season to add to the Lotte Championship she captured in April.

.@BrookeHenderson being chased once again heading into the final round! Watch highlights from her day @MarathonLPGA pic.twitter.com/Z6DfFYSslh

“I’m excited to see my name at the top of the leaderboard,” said Henderson. “I would have liked to [have] played a little better today, but I’m happy to still be in the top spot.”

“I looked at the scores walking by the leaderboard, and there are a lot of really awesome scores today,” she added. “I know I have to make a lot of birdies tomorrow.”