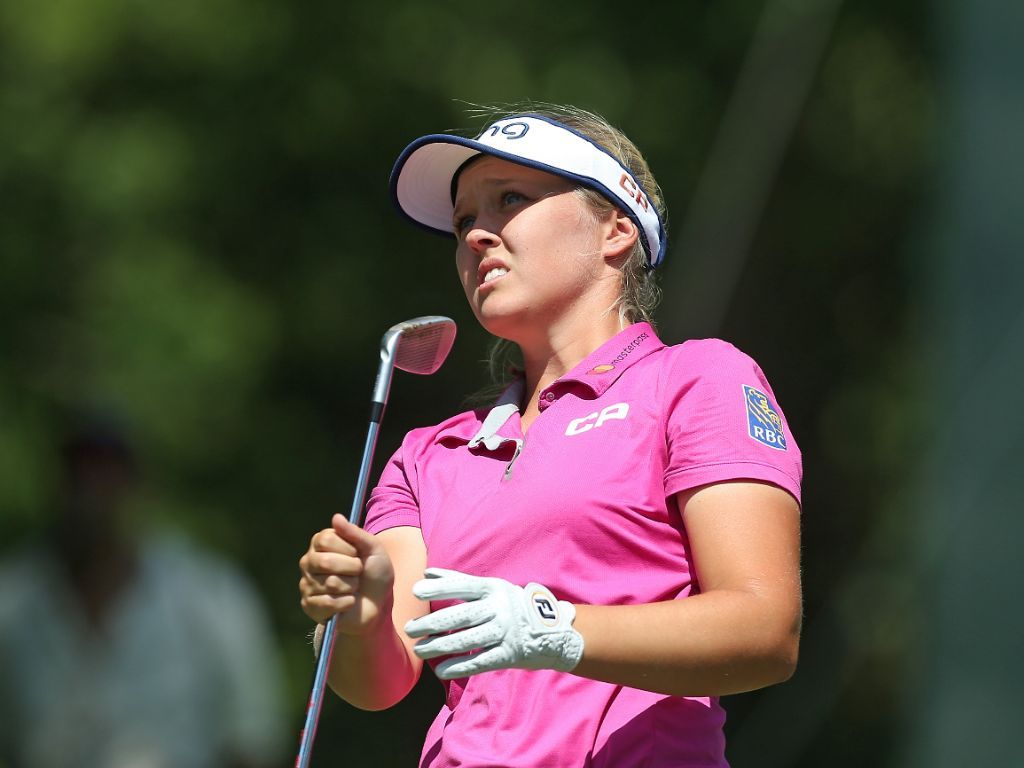 Brooke Henderson is eyeing her second LPGA tour victory of the season after taking a share of the lead at the Marathon Classic.

The Canadian shot a bogey-free five under 66 on Friday at Highland Meadows to move to nine under overall and join Caroline Hedwall as co-leaders at the halfway point of the tournament.

Henderson – who won April’s Lotte Championship, in Hawaii – shot a three under 31 on the front nine, before birdies on the final two holes saw her join Hedwall in setting the pace.

"I'm excited to be back in the final group tomorrow it's just a really fun feeling." @BrookeHenderson sits tied at the top @MarathonLPGA pic.twitter.com/cmpY33y2YK

“It’s just fun to be in contention again and to see your name at the top of the leaderboard, it’s exciting, and hopefully good things will happen,” Henderson said.

“To finish birdie-birdie was really important, and it’s fun to see your name at the top. I’m excited to be in the final group.”

Hedwall – who shot a four under 67 – is yet to record an LPGA Tour win. The Swede hasn’t been in the lead after 36 holes since the 2015 Handa Australian Open.

"It just felt solid and it was easy to play golf today."

– Caroline Hedwall with the early 2nd round lead @MarathonLPGA pic.twitter.com/AYeL3JNTNr

“I’ve been in this situation, and I mean, it was a long time ago, though. I’m just looking forward to the weekend. This is obviously what you practice and work hard for, to be in contention,” said Hedwall.

First round leader Thidapa Suwannapura is one off the lead, while the trio of Emma Talley, In Gee Chun and Jacqui Concolino are at seven under.