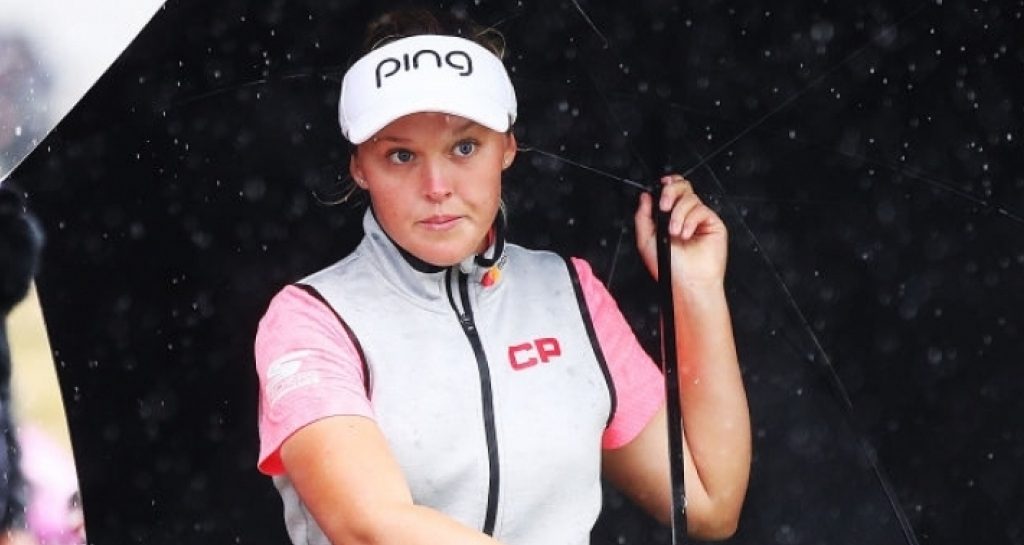 Brooke Henderson defied the elements and a day long rain-delay to shoot a final round 69 and claim a five-shot victory at the McKayson New Zealand Women’s Open.

The 20-year-old Canadian finished on 17-under-par for the tournament, five strokes clear of China’s Jing Yan.

Henderson had a four-shot lead after six holes when the final round was suspended on Sunday due to heavy rain, high wind and thunder storms.

She returned on Monday morning to the Windross Farm course and held on for her second LPGA Tour victory of the season, and fifth of her career, and claim the winner’s cheque of US$195,00.

South Korea’s Hee Young Park finished third on 11 under after a 69, while Henderson’s compatriot Alena Sharp (70) finished in a tie for 13th place.

Local favourite Lydia Ko closed with a 75 to finish on five-under for the tournament and a tie for 22nd.

"I made an eagle on 15; I hit it really close and I thought I might have actually hit it in the water. It was a tough finish, but overall I felt really solid, a lot of positives."