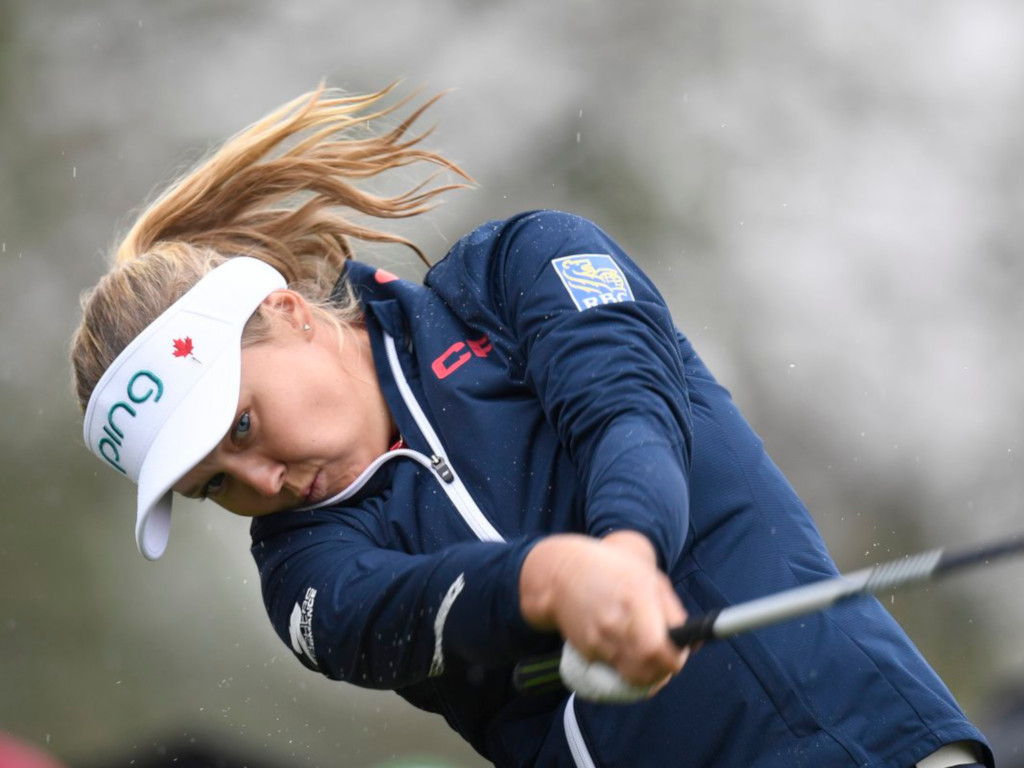 At the end of the 2018 LPGA Tour season just three North Americans finished among the top ten in the Race to the CME Globe.

At the top of that pack was Canada’s pocket rocket Brooke Henderson, who finished the race second behind Ariya Jutanugarn.

Her wins came at the CP Women’s Open and the LOTTE Championship, capping what was a remarkably consistent season. The CP Women’s Open was particularly significant for Henderson and for golf in her country, as no Canadian had won the national open since 1973.

Her exploits were recognised by The Canadian Press, when it named her as that country’s Female Athlete of the Year this week. More than 55 percent of broadcasters and editors around the country voted for Henderson.

For the onlooker, the award was no surprise. However, Henderson refuses to take any of what she has achieved for granted.

“Especially this year being an Olympic year with all the great athletes that competed in the Winter Olympics, it’s a big honour and I’m just really proud to take home this award again,” Henderson told journalists, after winning it for a third time.