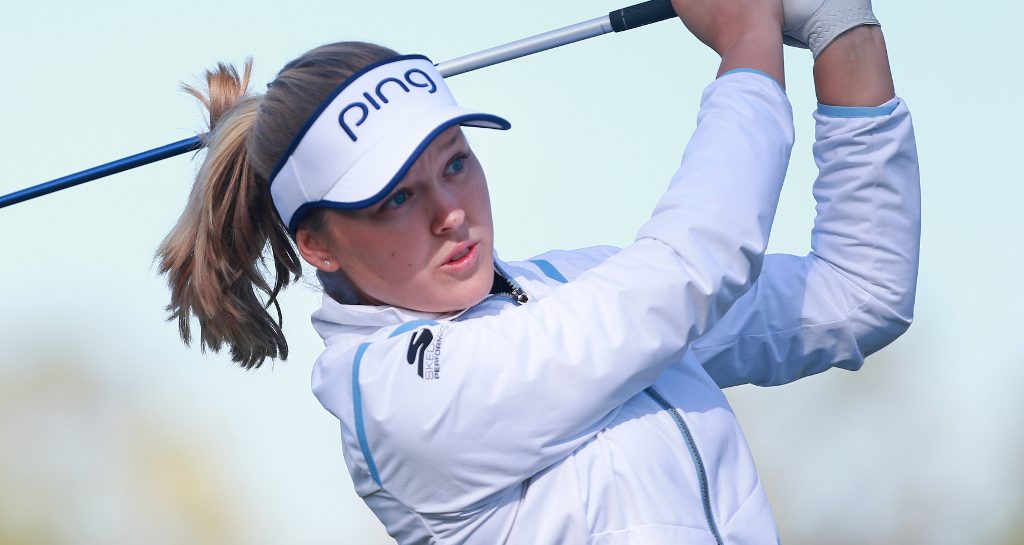 Still only 21, World No 9 Henderson is already a seven-time LPGA Tour winner, and she’s wasted little time in getting back to her best in 2019.

The Ontario native mixed seven birdies and a lone bogey in her six-under-par 65 to share the first-round lead with former US Women’s Open champion Ji, who made six birdies in a bogey-free round.

The season-opening Tournament of Champions is only for LPGA winners each of the last two years. Along with the professional competition, celebrities and athletes also compete for a $500,000 prize fund using the modified Stableford scoring system, giving the tournament the relaxed feel of a pro-am.

Tennis player Mardy Fish led that field with 39 points for a two-point lead over a group that included retired baseball pitcher Mark Mulder.

"I was hitting it well today and making putts, so that's all you can really ask for."@BrookeHenderson caught up with @TheAmyRogers after earning a share of the lead in the @diamondresorts Tournament of Champions following her first round 65 (-6).#DiamondLPGA pic.twitter.com/grwbtMHJXf

“I had to remind myself it wasn’t Wednesday afternoon, it was Thursday, and I had to get a good score together,” said Henderson, who was in a group with former NBA star Ray Allen. “I think that’s when things kicked in on the front nine. I started getting a couple of birdies to recover from that bogey, and then from there I was ready to go and made a lot of birdies.”

Lewis is playing her first tournament since becoming a mother three months ago.

“Pleasantly surprised,” Lewis said. “Had pretty low expectations going into the day. Just really made a lot of putts. I had some weird shots, which I knew was going to happen having not played in a while. I don’t know where it came from, but I’m going to take it.”

Current World No 1 Ariya Jutanugarn opened with a 67 to lie just two shots back alongside Lexi Thompson and Mirim Lee.